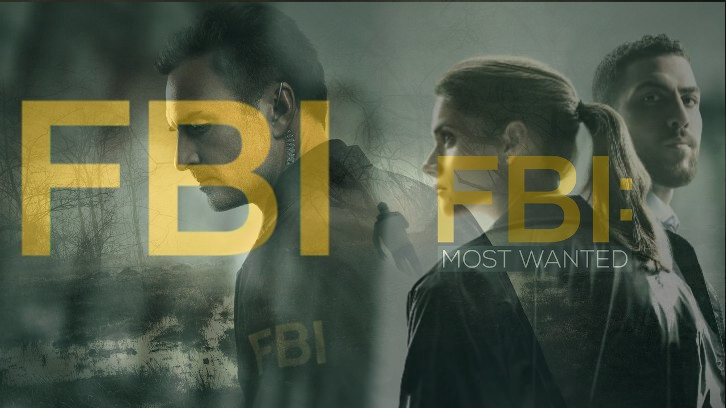 This week María Sol and Folie-lex team up to bring you a joint review of the FBI/FBI: Most Wanted crossover. Below, you will find a recap of each part and some general opinions about this 2-hour event.

FBI - American Dreams
The first hour was written by David Amann and directed by Terry Miller and it focused on a school bus hijacking full of kids, which was quite shocking considering that 26 children disappeared without a trace and for no apparent reason. During the investigation, it was discovered that behind this kidnapping were political reasons, because the state governor ended up being involved when asked for a ransom, but above all there were racial motives, since it ended up being discovered that everything was orchestrated by a white supremacist seeking to obtain funds for a much larger attack.

The episode opens with OA having lunch with his aunt, which I found nice since we’ve rarely seen the characters outside work. Although at the beginning this meeting could’ve seemed irrelevant, this circumstance played an important role during the second hour. Also, in this brief talk we were able to glimpse a little more of what I predicted in the previous episode about OA breaking up with Mona Nazari, but that’s a story that is yet to unfold. 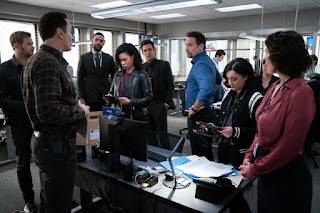 The first crossover moment came when the team from the Most Wanted Division joined the original team, since Jess LaCroix had participated in the capture of the man that was the main suspect of the kidnapping at that point. At this moment, the personalities and especially the ways Jubal and LaCroix work clashed, because while the former tends to rely more on evidence and reasoning, the guest agent seems to be guided more by instincts and hunches; at some point I even saw as if Jubal felt inferior to his former coworker, but in the end they both decided to trust each other's working style for the sake of the mission and ended up achieving their goal. 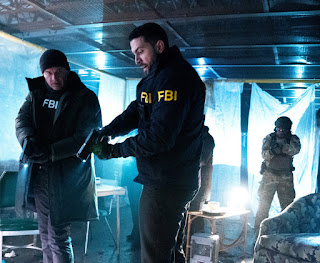 This episode also marked the first case without Maggie, who was send off on an undercover mission at the end of the previous episode, and although her absence was noted at the beginning when Jubal forgot that she was not there and OA was sent alone to investigate, the fact that there were new temporary members on the team, made her absence less evident. At first I was a little surprised that Kristen was not sent to the field to take Maggie’s place, but if the idea was to see OA a bit sad and lonely doing field work, then I think I understand the reason for do it like this.

In the end, the coordination of both teams made possible to find the children safe and sound. And in the last scene we found out that Tali LaCroix, Jess's daughter was in trouble.

FBI: Most Wanted - Reveille
Written by Ryan Causey and directed by Fred Berner, the second half of the crossover continues seamlessly from where the mothership show ended: As OA and Jess leave the house of one parent who paid the ransom, thus endangering the other children and funding the white supremacist group, Jess gets a phone call, from a frantic Tali who’s informing him the food bank she’s volunteering at is getting raided by ICE. 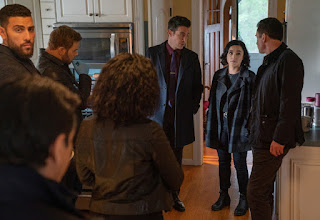 Jess with Nelson and Clint talk to the food bank manager who tells them them they detained Tali as an “illegal” and would hear nothing of her being a citizen and her dad being FBI. The irony isn’t lost on Nelson, but Jess tries to leave some room for error over this being a mistake and assures his father in law he’ll get her back. The ICE director in charge promises it all was indeed a misunderstanding and they’ll be getting Tali back as soon as she is located. Jess makes sure to let the director know he’ll be in touch as he gets called back on the field.

The reason for that: the wife of our white supremacist kidnapper from hour one has gone on a killing spree massacring a group of pregnant Latinas taking a baby course at a church. Our group of agents convene about what her next move will be and try to figure out how the terrorists plan to use the ransom money for their “cause”.

Meanwhile getting a track on Tali becomes harder and harder as she’s not in the detention centre Jess was sent to pick her up from. Clint offers to pull some of his own strings to see if he can find out where she is and why the mix up happened in the first place, and his connect comes up with evidence that the ICE raid at the food bank may have not been that coincidental. 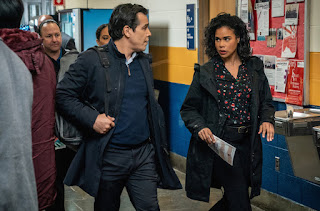 That becomes evident when as the team figure out that the ransom money was spent purchasing bomb supplies, Jess receives a message blackmailing him to endorse the supremacist manifesto in order to get Tali back. He’s about to go ahead with it when his conscience gets the best of him and realises he can’t. Fear that this might hurt Tali more settles in, but everyone has his back. After some further investigating, the ICE director becomes implicated with both the terrorist group and Tali’s kidnapping.

This is good news for Jess who finally gets a lock on his daughter and brings her home safe, and in being able to get a better feel as to what the target of the bomb is. And this is where our two storylines converge again , as the clues come in OA realises the target is his aunts citizenship swearing in. 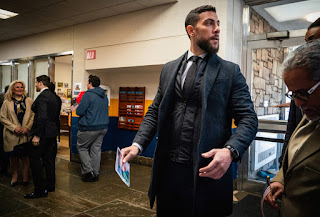 The team swiftly and covertly take hold of the rec centre that’s the target. As Sheryll runs with the bomb squad to disarm the bomb, Hana and Kenny take down the goons, OA is left trying to clear out as many people from the blast as possible (his aunt included) and Jess and Clint take care of our Fugitive of the Week. Jess does the distracting, Clint does the shooting and the day is saved!
The episode closes with OA inviting Tali and Jess to his aunt’s citizenship ceremony, a true privilege for everyone present.

General Thoughts
Folie-lex: I think my favourite thing about this crossover is how nicely the two episodes were weaved together. Having Yara’s citizenship ceremony as the target, something that felt almost like a throwaway little tidbit when the crossover started was a great way to keep all parties involved and bring everything full circle. I also really enjoyed how both teams worked together. There was good chemistry all around and that made the whole thing more engaging for me.

María Sol: To be honest, when I saw Most Wanted's backdoor pilot as part of the first season of FBI it didn't really catch my attention and therefore I hadn't seen any episodes until this crossover came out, but I have to say that this one made me feel intrigued and willing to know a little more about the story and its characters, so I think I'll give it a try and catch up with the rest of the season.
I liked the way they mixed the teams and gave the necessary time and importance to each one in each episode.
These episodes were especially strong in showing the reality that many migrants live these days including the extreme and twisted hatred of certain people. I like how the creators weren’t afraid to address controversial topics in both stories.

So what do you think of this crossover? Share your thoughts in the comments section.