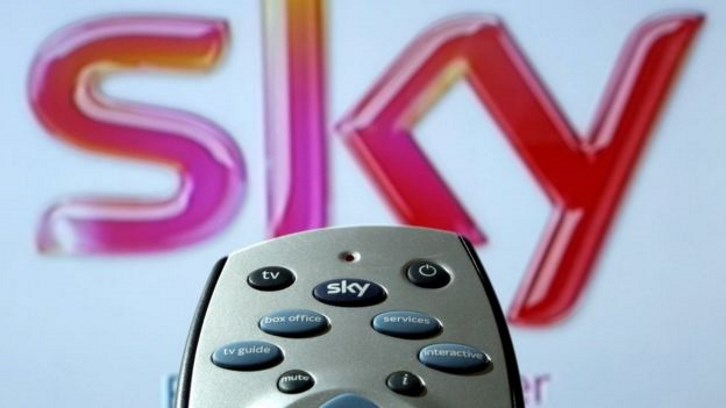 Press Release
Sky today announced plans to launch two new channel brands within its entertainment portfolio. Sky Crime will launch in October 2019 and Sky Comedy in February 2020, with both available to all Sky customers at no extra charge, through linear and on demand. Both channels will also launch on NOW TV, available as part of the NOW TV Entertainment pass.

Sky Crime will be the home of premium US true crime from Oxygen and HBO and the dedicated home of quality first run content from Jupiter and Woodcut. Key programming will include addictive, emotionally charged accounts of true crimes, many of which remain unsolved, including I Love You, Now Die and The Disappearance of Susan Cox Powell. Additionally, famous headline cases from the US and UK like Kemper on Kemper and Britain’s Most Evil Killers and the In Defense Of series will bring new insight into some of the most notorious killers of modern times.

Sky Comedy, launching in February 2020, will be the home of premium scripted US comedy from HBO, NBC and Showtime, including brand new acclaimed comedies like Mrs Fletcher, starring Kathryn Hahn, Righteous Gemstones, starring John Goodman, Adam DeVine and Danny McBride, A.P. Bio and Sunnyside. Sky Comedy will also air all new series of returning hit US shows like Larry David’s Curb Your Enthusiasm and Ballers starring Dwayne Johnson. Top rated US talk shows like The Tonight Show Starring Jimmy Fallon and Last Week Tonight with John Oliver will also be featured, as well as comedy titan Saturday Night Live and an enviable library of favourites like Will & Grace and Parks and Recreation.

Zai Bennett, Managing Director of Content at Sky, said: “Sky Crime and Sky Comedy are fantastic additions to our entertainment portfolio, providing our customers with two new destinations for their favourite shows. Sky Crime, the home of premium true crime, will complement Sky Witness perfectly, while Sky Comedy is an exciting new proposition for Sky customers, offering them a daily dose of the best US comedy which will sit alongside our expanding slate of Sky Original comedy on Sky One. By investing in the best of the US as well as doubling our investment in original drama and comedy, we are making Sky an unbeatable destination for the best range of premium TV.”

This is the latest development in Sky’s commitment to offering customers more of the content they love, that they can watch where they want, when they want. The entertainment portfolio on Sky in UK and Ireland now includes six core Sky channel brands: Sky One, Sky Atlantic, Sky Witness, Sky Arts, Sky Crime (coming Nov 2019) and Sky Comedy (coming Feb 2020), alongside the Sky Cinema and Sky Kids services. Sky’s other channel brands include E!, SYFY, Pick and Challenge.

The introduction of the two new channels follows on from Sky’s recent launch of Sky Studios, a new Europe-wide development and production capability which will see Sky’s investment in original content more than double over the next five years.

I Love You, Now Die: In July 2014, 18-year-old Conrad Roy died by suicide in his car at a parking lot in Fairhaven, Mass. Police discovered a series of alarming text messages from his girlfriend, 17-year-old Michelle Carter, that seemed to encourage him to kill himself, sparking sensational headlines nationwide, leading to a trial that raised difficult questions about technology, social media and mental health, while asking if one person can be held responsible for the suicide of another.

The Disappearance of Susan Cox Powell: Susan was 28 years old when she disappeared from her Utah home in 2009. Upon her disappearance, her husband Josh Powell was named as a suspect. However, more than two years later, and after an unsuccessful police investigation, the unthinkable happened: Josh took the life of his two sons and his own. This documentary attempts to uncover new details of the last few years of Susan’s life and incriminates her father-in-law Steven Powell in a dangerous way.

In Defense Of: A psychologically thrilling true crime series that shines a light on the complicated relationships between infamous defendants and the attorneys who represented them. In each standalone episode, the top defense lawyers on high-profile cases, including the trials of Oklahoma City bomber Timothy McVeigh and serial killer Ted Bundy, reveal the personal and professional cost of defending such notorious clients.

A Wedding and a Murder: Explores shocking true stories of engagements, weddings and honeymoons that began in joyous celebration, but tragically ended in untimely death. The motives and outcomes may differ, but each episode will expose a grisly homicide set against the backdrop of what appears to be wedded bliss.

Ballers: Success hits hard. Dwayne Johnson stars in this series as a retired football superstar trying to reinvent himself as a financial manager for current players in sun-soaked Miami.

Righteous Gemstones: Danny McBride (Eastbound & Down, Vice Principals) returns to HBO with The Righteous Gemstones, the story of a world-famous televangelist family with a long tradition of deviance, greed and charitable work. Main character Jesse Gemstone sees himself as a maverick in the ministry game, taking what his father, Eli Gemstone, has built and expanded it for a more modern audience.