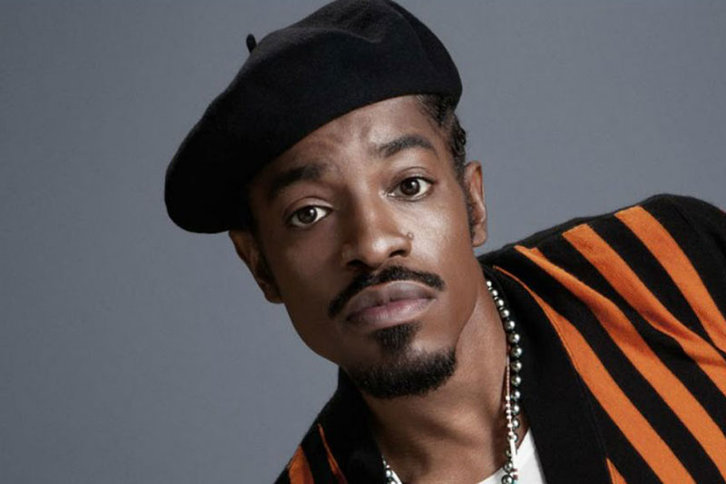 Alethea Jones has also signed on to executive produce and direct several episodes of the series, which begins production this week in Philadelphia, PA.

Created by and starring Jason Segel, who will also direct the pilot, Dispatches From Elsewhere is about a group of ordinary people who stumble onto a puzzle hiding just behind the veil of everyday life. They will come to find that the mystery winds far deeper than they ever imagined. Segel executive produces with Scott Rudin, showrunner Mark Friedman, Garrett Basch, Eli Bush, Jeff Freilich and Jones. An AMC Studios production, the hour-long series will include viewer engagement elements across multiple media platforms.

André Benjamin -- best known as André 3000 -- is one of the most celebrated artists of the last three decades, an auteur whose work in music, film, fine arts, fashion, and more continues to influence the cultural landscape on a global scale. His work as one half of the iconic hip-hop duo Outkast established a brand new voice/style within rap that had never been experienced before, both sonically and visually, when the pair emerged in the early 90's, in addition to demolishing sales records worldwide by the early aughts. Outkast's imprint on pop culture has made them one of the defining acts of our time, immeasurably impacting on sound, fashion, and achievement. After conquering music, André set his eyes on other mediums within which to create, becoming a highly sought-after actor in acclaimed films such as JIMI: All Is By My Side, High Life, Four Brothers, and more. In 2006, he created Cartoon Network's Class of 3000, an animated series about a successful musician who leaves the spotlight to teach music at an Atlanta area performing arts school. His unique flair for fashion drew the eyes of the fashion world. He created a personally inspired clothing line Benjamin Bixby and has been a creative spokesman for brands like Gillette, Tretorn, and more. In recent years, he has contributed verses to songs by revered artists such as Beyoncé, Frank Ocean, John Legend, James Blake, and more. André Benjamin has established a legacy that will never be duplicated in music and culture, continuing to break molds and redefine what is possible in art and entertainment.