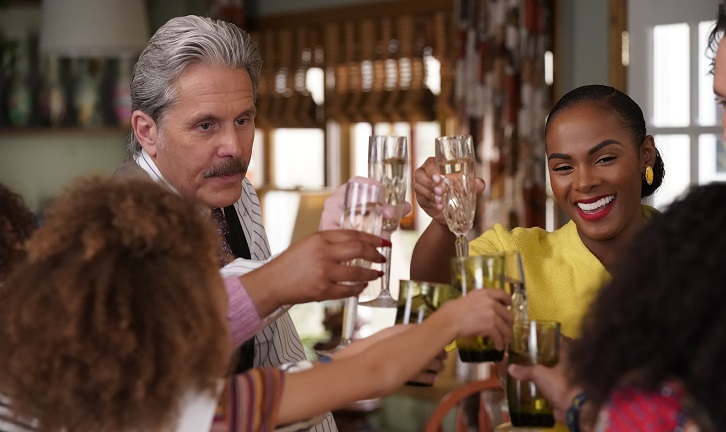 Press Release
"She Works Hard for the Money" - Alicia gets a bonus after winning a big case and wants to buy a nice car, but having been raised on the "fifty-cent principal," Denise wants her to buy two cars in lesser condition so she can have one. Meanwhile, Paul tries to teach Rainbow, Johan and Santamonica about the value of money on "mixed-ish," airing TUESDAY, FEB. 18 (9:00-9:30 p.m. EST), on ABC. Episodes can also be viewed the next day on ABC.com, the ABC app or Hulu.

Guest starring is Eddie Aguirre as Chet.
"She Works Hard for the Money" was written by Chuck Hayward and directed by Anu Valia.