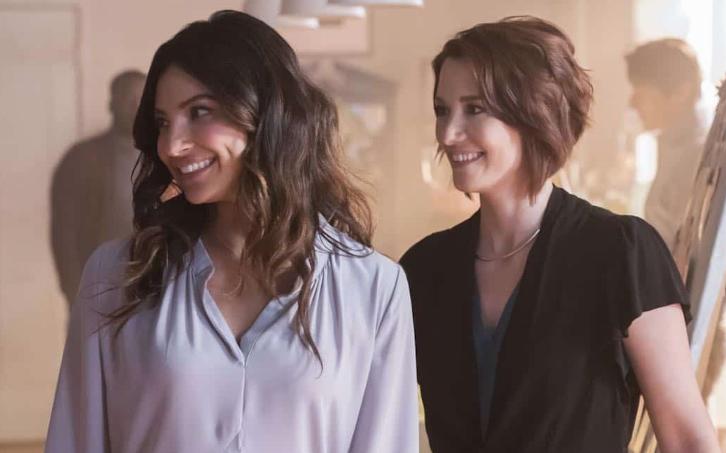 
“It’s very difficult for Maggie,” Lima tells EW. “This is a [part] Maggie’s story line that… is so complicated, deep, and painful, and something that so many people can relate to. After he kicked her out, she built herself up, she was very brave and she evolved into this very proud, strong, gay woman. She’s at this point where she’s very terrified that seeing him again, she’ll feel his rejection again. She isn’t sure that she can hold onto her strong self when they reunite.”

Though the story line proved emotionally exhausting, the actress praises Bernard for what he brought to the role in Monday’s upcoming hour. “First of all, I love Carlos,” Lima says. “I was ecstatic when they told me they cast him. Working with Carlos, I was so lucky. He’s such a committed guy and actor. You’re going to see that he’s really great in this role. He gave me chills and brought tears to my eyes. It was very fun to play as an actor.”

Sneak Peeks 2 and 3
Thanks to Ivan for the heads up.