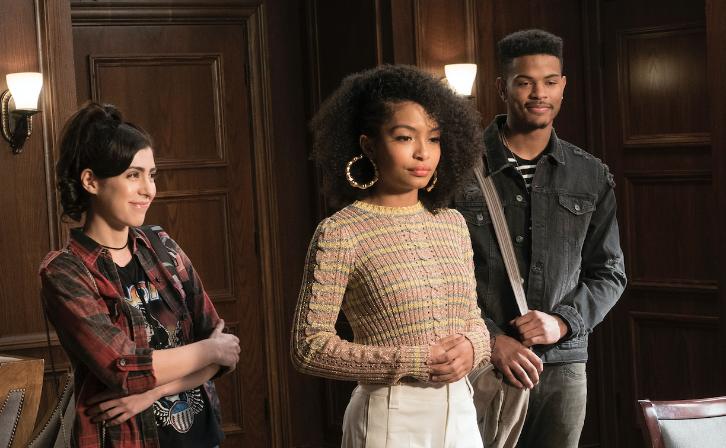 “Liberal Arts” – Dre tearfully drops Zoey off to college for her two-day orientation, and she hits it off with fellow incoming freshman Miriam after they ditch the campus tour. They are smitten upon meeting Aaron, who is running the Black Student Union booth at the club fair. When Zoey finds out that Dre never turned in her housing application, she pays a visit to President Schock and Dean Parker to plead for mercy, on “black-ish,” WEDNESDAY, MAY 3 (9:30-10:00 p.m. EDT), on The ABC Television Network.