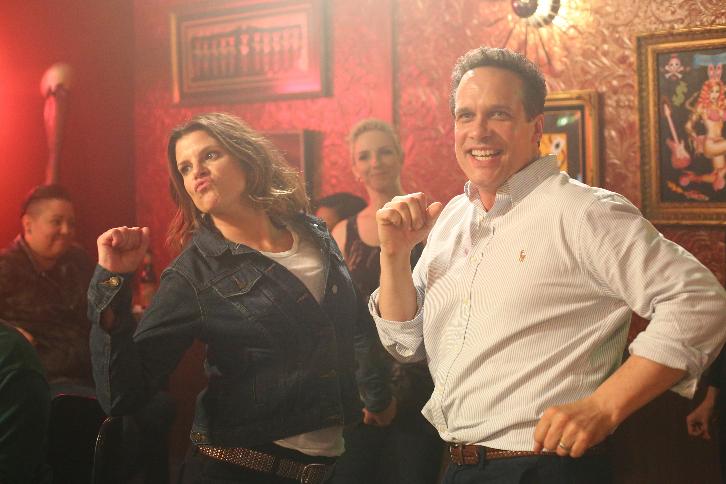 KATIE AND ANGELA ARE AT ODDS OVER ANGELA’s EX, ON ‘AMERICAN HOUSEWIFE’

“Dude, Where’s My Napkin?” – Katie and Greg enjoy a night on the town with Angela’s ex (guest star Tiffani Thiessen as Celeste) after Celeste, an editor, helps Greg land his first book deal. But Angela, who has asked Katie not to socialize with her former wife, is furious and accuses her of being a bad friend, on “American Housewife,” airing TUESDAY, MAY 9 (8:30-9:00 p.m. EST), on The ABC Television Network.

Guest starring are Tiffani Thiessen as Celeste, Alexis Dickey as the bartender, Dan Johnson as the leader at the spiritual retreat and Heather Stewart as Jackie.

“Dude, Where’s My Napkin” was written by Julie Bean & Vanessa McCarthy and directed by Melissa Kosar.