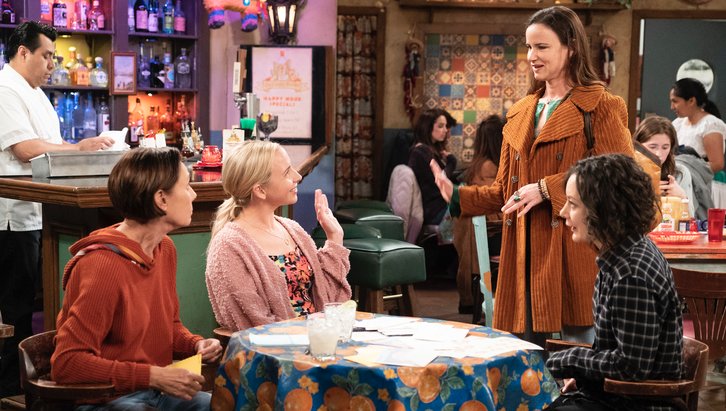 Press Release
DARLENE INTRODUCES A NEW MAN TO THE FAMILY, WHILE BECKY FIGHTS TO KEEP ONE OUT OF HER LIFE, ON AN ALL-NEW EPISODE OF ABC’S ‘THE CONNERS,’ TUESDAY, JAN. 15

“Don’t Shoot the Piano Teacher” – When Ben offers Mark free piano lessons, Darlene finds this as an opportunity to test his parenting skills. Meanwhile, Jackie throws Becky a baby shower, and Emilio continues his efforts to be part of the baby’s life, on an all-new episode of “The Conners,” TUESDAY, JAN. 15 (8:00-8:31 p.m. EST), on The ABC Television Network, streaming and on demand. Juliette Lewis and Jay R. Ferguson guest star.

“Don’t Shoot the Piano Teacher” was written by Kimberly Altamirano and Simone Finch, and directed by Kimberly McCullough.