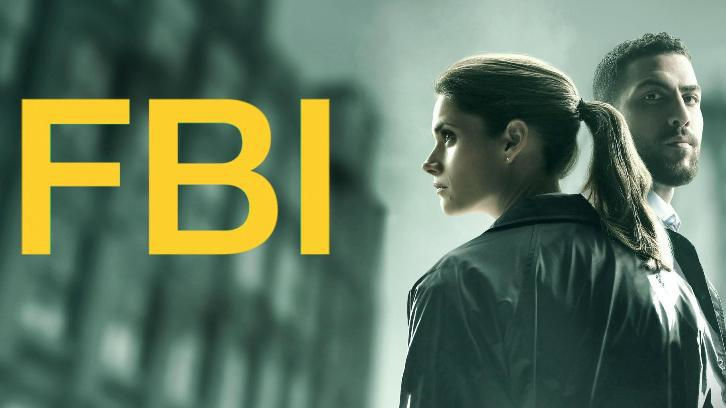 Safe Room: Proving a Point
I found this episode written by Rick Eid and Joe Halpin and directed by Carlos Bernard very exciting and shocking for the case that was presented. I like how the writers keep looking for ways to turn the typical cases around. Initially it seemed the story would focus on Chloe, a 16-year-old girl, daughter of a billionaire, kidnapped just outside her mansion. But upon further investigation and after tracking down Mike Helton, the man who had taken her, it turned out that this abduction was intended to draw the attention of the police to the case of the disappearance of the kidnapper's own daughter and incidentally, demonstrate that the authorities act differently and without delay when the victim was someone with better contacts and higher financial resources.

It is worth mentioning that Helton had made his complaint to the NYPD, but since he could not proof that the girl was his daughter, the case didn’t get a follow-up. On the other hand, the billionaire father had direct contact with the high command of the FBI, so this put more pressure on the team to solve the case. This whole situation made them question (and me too) the police and their own behavior as public servants.

Maggie: “You know, I know the NYPD tries their hardest, but how the hell did they let this case slip through the cracks?” OA: “They investigated. They just didn't see any evidence.” Maggie: “Her father kept calling and calling.” OA: “You think they blew this off because he was poor?” Maggie: “No, but I think if he were rich, there's no way in hell this would have happened. Nathan Ford spoke directly to the ADAC. I mean, just the way it is.”

In addition to this, Helton gave them an ultimatum to find his daughter Stephanie in the same time in which they had located Chloe or he would kill her for this reason, part of the team moved to the house where they were entrenched, which changed a bit the atmosphere that we have in each episode that takes place mostly within the office. 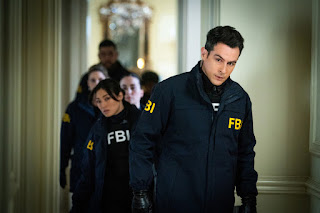 This episode also had the peculiarity of not relating the case of the week directly to any of the main characters, as has become usual during this season, but still managed to give everyone an important participation at different moments: Isobel leading from the office, OA and Maggie following Stephanie’s case when checking the truth of her disappearance, Emily and Scola looking for a way to enter the safe room where Mike and Chloe were locked up to try to rescue the girl safe and sound, and Kristen putting all her technological skills at the service of the case. But it was Jubal who had more importance in the development and the bittersweet resolution of the case, because Isobel entrusted him with the task of being in direct contact with Helton and negotiating Chloe’s release with him. Jubal tried to gain his trust and managed to somehow connect with him by assuring him that the FBI did believe him and would act differently than the NYPD had done.

With everyone's work, finally it was possible to find Stephanie in the time required by her father and on the way, a women's trafficking network could be dismantled, although the girl turned out to be seriously ill, which complicated a situation that was almost resolved, because the father refused to release his hostage until he spoke with his daughter and could confirm that she was fine. Due to this, Jubal and Isobel had to make the decision to forcibly enter the safe room to rescue Chloe. This ended with Helton severely injured and finally dying, not without first knowing that his daughter would recover. Despite knowing that what Helton had done was wrong, this situation affected Jubal since his reasons were genuine and he was only a desperate father worried about his daughter. 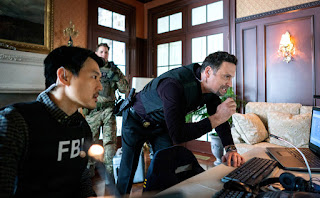 I was very struck by the fact that, during the investigation and interviews with Helton's acquaintances, it was emphasized that he was a good, responsible, honest and trustworthy person. With this it could be become clear that sometimes people, driven by the desperation and lack of empathy of others, can end up act dangerously and risking the safety and lives of people. So, the question remains to what extent these actions that seek to correct an evil are valid, but in the meantime they harm others. Once again this series leaves me with a reflection beyond the entertainment that each week brings to our screens.

Broken Promises: Goodbye for now
This episode written by Tamara Jaron and directed by Olivia Newman marks Maggie Bell's (temporary) farewell, due to the pregnancy of her performer, Missy Peregrym, something that was already in sight, although there wasn’t any clues in previous episodes that would give us an idea of how this situation would be resolved. It seemed credible to me that Maggie was called up for an undercover assignment that will keep her away from the team long enough for her to rejoin next season (as long as the series is renewed). 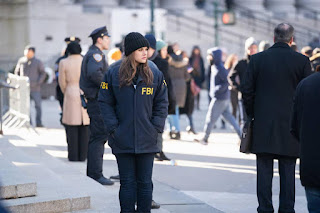 This situation also led to show us once again how the friendship between her and OA has been strengthened, which they expressed throughout the hour through their attitudes and reactions. From the beginning, OA noticed something was going on with Maggie but she was reluctant to share it, I suppose because she hadn't made the decision yet. In addition to that in her talk with Isobel she implied that one of the reasons she was hesitant was that she would have to stop teaming up with OA. Finally when she decided to tell her friend, he was serious and at the moment of the farewell both were sad.

Maggie's departure from the team also justifies Emily's appearance and the fact that she stayed on the team, even after Kristen returned to work. This will also be an opportunity for her to return to the fieldwork, which we will be able to see in the next episode which will be the crossover with its sister series FBI: Most Wanted. 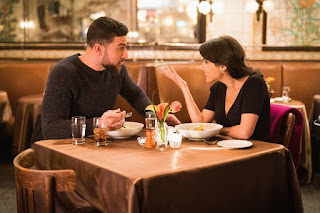 Mona Nazari was back in this episode, although I have a feeling that perhaps she has little life left in this story and not precisely because she will not survive another attack as this time, but I was left with the impression that a break up between her and OA is coming, and although for a moment I thought it would happen in this hour, it would have been terrible for him to lose his friend and his girlfriend at the same time, but they did leave us some clues that can give us that idea, since it was emphasized at different times the differences between them. I also remembered that OA had commented with Maggie that those differences were the ones that caused him doubts when thinking about having a serious relationship with her.

As for the case, I liked how the dots were connected to discover how the victims were linked. Though, for me was very obvious who the real culprit was from the moment he appeared on the screen, although I have to say that it did take me by surprise to find out who it was that had implicated Alex Bryant (the apparent culprit of the crimes) long ago and what made him end up in prison and live horrible things during his four-year sentence. Also, as in the previous episode, we saw again a desperate and guilt-ridden father going to dramatic lengths to protect and help his child.

What did you think of the way they made Maggie leave the show for now? Share your comments on these episodes in the section below.