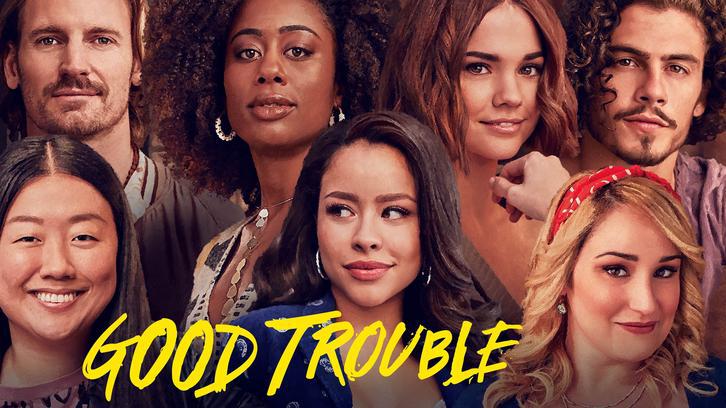 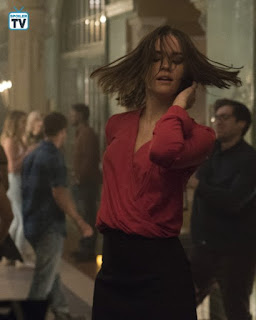 This week on Good Trouble:
The Coterie and its residents are throwing a major party where Callie who has been working nonstop actually puts aside her job for one evening to really enjoy herself and let loose a little. We also get the return of Jude in this episode and how I have missed him!

In the finale scene of the last episode, we saw Gael hooking up with a guy and we meet this guy in this episode and his name is Bryan. Callie who is distracted by the party and Gael misses a lot of phone calls from Judge Wilson who wants all the clerks to go into work because they are working on the Jamal Thompson case. Mariana is still struggling with her team and wants to get jealous for missing the party but it backfires when Davia calls Alex out on Instagram live. Alice finds out that her ex-girlfriend who is her best friend who she still has lingering feelings for is engaged.

Malika gets a visit from her brother who she was in the foster care system with. He tells her that their mother is sick but Malika does not want to hear it because of how she treated them when they were kids. Dennis brings a new girl to the party and from what we have learned about him from these two episodes is that he brings a lot of different women home. Gael and Callie have a conversation on the rooftop where Callie tells him that she saw him with Bryan earlier that week. He asks her if it freaks her out that he is bisexual but Callie says that it doesn’t. 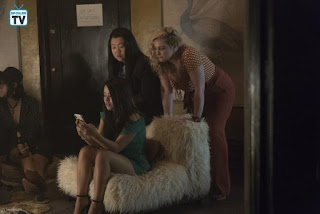 Favorite character:
We got to know a little bit more about Alice, Malika and Gael in this episode and I think that all three of them are really intriguing so I’m excited to learn even more about them as the episodes go on. I liked that Callie actually let loose in this episode. From what we as the audience has understood about Callie during these past five years is that she’s been so focused on her education and now job that she hasn’t had any time for any fun. I completely understand that because that’s basically what I’ve been like myself these past few years but I just liked that she actually allowed herself to have some fun and let loose. It was too bad that it was at the expense of her job since it was her night of but she missed all the work calls.

Favorite scene:
I really liked all the scenes that Mariana and Callie had with Jude. I’ve always loved the sibling relationships of The Fosters so I appreciate that we get to see them in Good Trouble too, with Mariana and Callie and now with Jude. But the rooftop scene at the end of the episode with the residents of the Coterie; Callie, Mariana, Dennis, Davia, Malika, Alice and Gael, that was just such a nice scene. I like that they are starting to become a little family because I think that will be the heart and soul of this show. 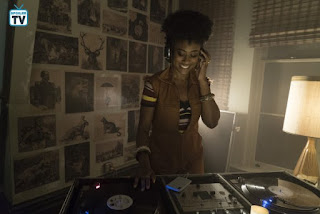 Callie to Jude: Where is Mariana? I’m going to kill her

What did you think about this episode of Good Trouble? Please, let me know your thoughts in the comments below.