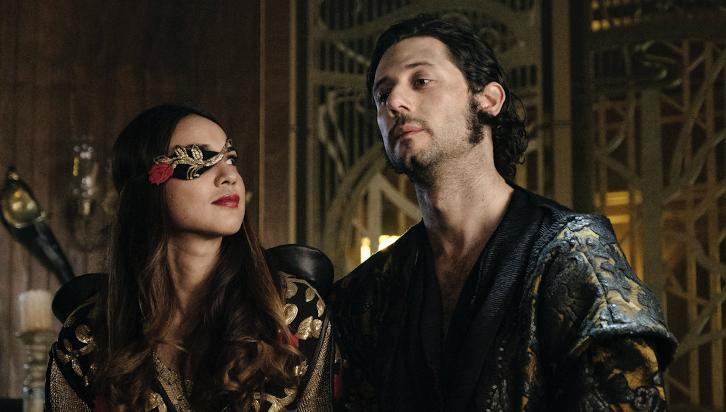 Musical Episode Details
On the second day of my visit, Tailor filmed a strip tease (in a brilliant, sparkly gold breakaway gown) to “All I Need Is the Boy,” a song from the Broadway show Gypsy. It’s better known as “All I Need Is the Girl”—but when McNamara learned that Sondheim had written an alternate lyric to make it easier for women to perform the song, he applied to lease it for his show. The publisher promptly told Sondheim that “some guy in California wants to change the lyrics,” not exactly a winning strategy with the most celebrated lyricist in Broadway history. Luckily, McNamara also contacted Sondheim directly to explain he just wanted to use the alternate version.


Source:
Read More on Vanity Fair
EW has confirmed that the Syfy drama’s ninth episode, which airs March 7, will feature not one, but four songs performed by the cast. As revealed by Vanity Fair, which broke the news, cast members Hale Appleman, Jason Ralph, Olivia Taylor Dudley, Jade Tailor, and more will lend their voices to this melodic hour that will feature covers of David Bowie and Queen’s “Under Pressure” and “All I Need Is the Girl” from the musical Gypsy (Tailor will sing it as “All I Need Is the Boy”).