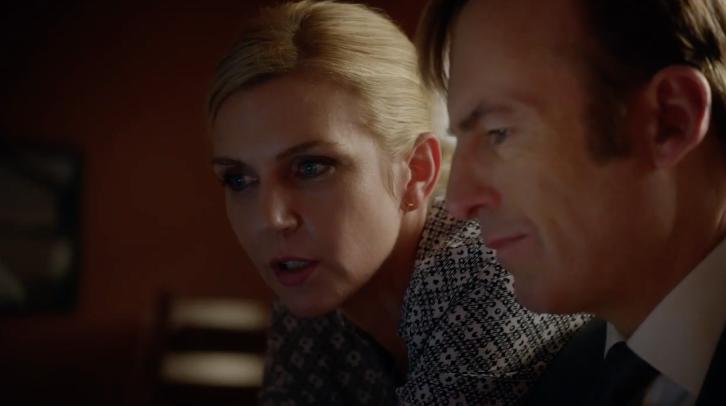 
Mike tossing the shoes onto the wire ended up being either intentionally or unintentionally an homage to Walter throwing the pizza onto the roof. Do you talk about those linkages in the writing process? Is it a directing decision?

We always knew he was gonna toss those shoes. I don't know if we ever actually brought up the pizza tossing. Some of that stuff really comes to us in hindsight. It's not necessarily there intentionally when we're doing it. John Shiban, who directed the episode, had a really specific idea of how to sell that, because those wires are exceptionally high, much higher than a roof. It's difficult for anyone to land those shoes over the wire, so it was definitely heavily technical in the conversation, making sure it was effective, but also something that could be pulled off at the same time without having to do too much trickery.