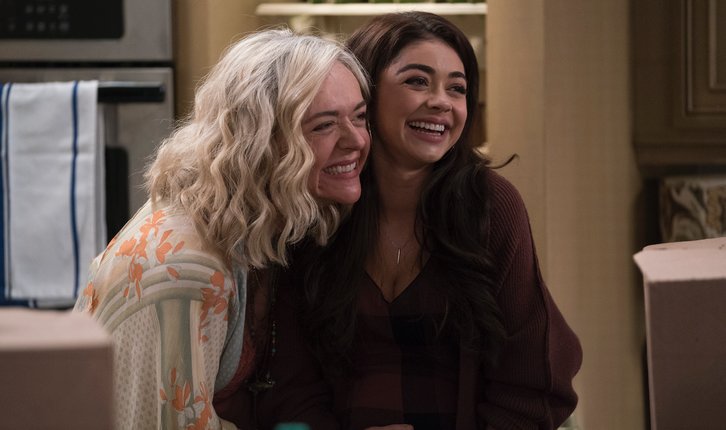 Press Release
THE ENTIRE FAMILY IS GETTING READY FOR HALEY AND DYLAN’S BIG DAY ON AN ALL-NEW EPISODE OF ABC’S ‘MODERN FAMILY,’ WEDNESDAY, JAN. 16

“Blasts from the Past” – Phil and Claire decide to take a cycling tour through Italy before they become grandparents, and Dylan (guest star Reid Ewing) introduces them to his mom who has an interesting past. Meanwhile, Cameron and Mitchell discover some interesting reading material in Lily’s room and decide to confront her about it, while Gloria and Jay discover their respective great uncles may have fought on opposing sides of a war, on “Modern Family,” WEDNESDAY, JAN. 16 (9:00-9:31 p.m. EST), on The ABC Television Network, streaming and on demand.

“Blasts from the Pasts” was written by Vali Chandrasekaran and Stephen Lloyd, and directed by Fred Savage.