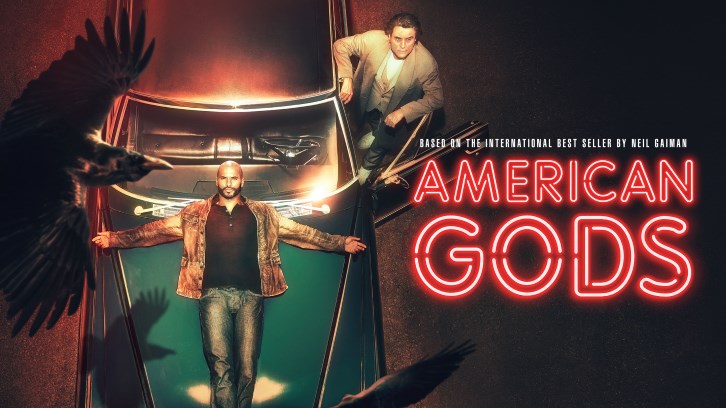 
Mr. Wednesday beings recruitment for the coming battle; Shadow Moon travels to Chicago with Mr. Wednesday and agrees to a high-stakes game of checkers with the old Slavic deity Czernobog.


Viewers might not realize that the man narrating the sequence is Mr. Ibis (Demore Barnes). What’s the significance of bringing him into this role as the writer of these tales?

GREEN: In addition to him being a strong presence in the book, it was sort of just a cheeky nod to [remembering] that this was a thing written. It all starts with a quiet writer at a table, or a train, or wherever they happen to be, so it’s a little bit of remembering the source material and that history, and how stories are someone’s telling more than they are fact. And stories of how people came to this country are personal or family legends that become as important as fact.

How much did you shoot of Shadow’s time in prison? And is this the last we’ll see of Low Key Lyesmith (Jonathan Tucker)?

FULLER: Yes, at least until season 2. Part of the prison originally was shot on location in Oklahoma in an active prison there, and the other part was on stage where we had built Shadow’s cell and some corridors. The scenes with Low Key were our very first things that we shot, so we began this show with Jonathan Tucker’s mischievous energy and it became such an interesting aspect of Shadow’s time in prison that we wanted to continue having him haunt him even afterwards…to give him warnings of what not to do in airports.

Source:
Read More on EW
For his part, Fuller justifies the use of extreme violence in the Viking vignette, saying, "It's violent but it's also kind of absurd, and we wanted to make sure that when we did these stories that had a little more violence in them that we were accomplishing a couple of things: worship of the gods and demand of sacrifice is a violent, one might say biblical, aesthetic for these stories. So we felt like we needed a certain amount of bloodshed to kind of poetically comment on what sacrifice is and what's expected, but we also wanted to have fun with it, which is why you have an arm swinging through the air without a body."

Source:
Read More on THR
"She's finding it a little hard to survive in the present day," Badaki tells The Hollywood Reporter about her character. "She's just going through the daily struggle. When we meet her, she's lost that former glory, and is in search of it again."

Indeed, she's found that former glory, if only momentarily, in the form of consuming the erstwhile Freddy Rumsen (or George Brevity, if you're a fan of The Leftovers) during the act of sex. It's a scene that's ripped straight out of Gaiman's novel on which American Gods is based, occurring at the very end of the first chapter — and as iconic as the moment is, it's a perfect example of why American Gods readers have wondered if the show could capture the novel's most bizarre details.