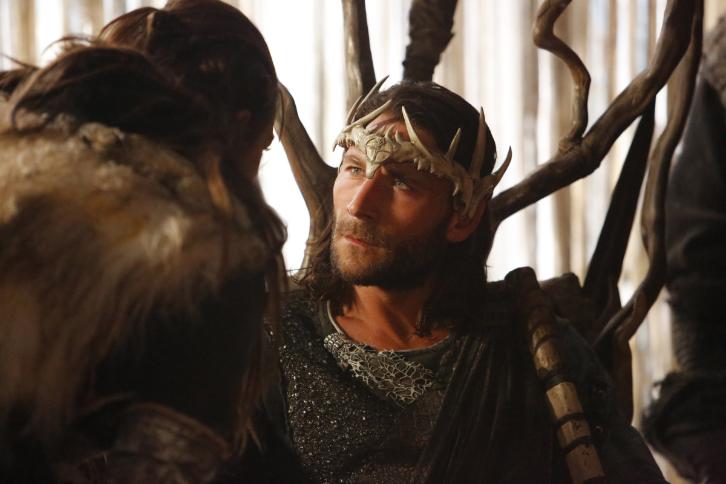 
And that's what we're officially calling it? The death wave?

We do call it the death wave. I don't think the term appears in the show until late, late in the season, but yeah. It's a death wave.

It felt to me that ultimately, Clarke was just told this news and I wanted to reset the table quickly. Ultimately, rather than jumping ahead and getting them down [from the tower] and getting them back home and skipping all of that stuff, it felt like three months as a time jump for season three was difficult for some people, and certainly they felt like they missed some things. And also because the story already started. The opening gun for the season four story was in season three, when ALIE tells Clarke that it's coming and it's real. It felt appropriate to pick right up where that story left off. My biggest concern in the off-season was, how do I get them down from that damn building? (Laughs.) I decided that that would be the time jump. We jump just enough time to get them onto the ground.