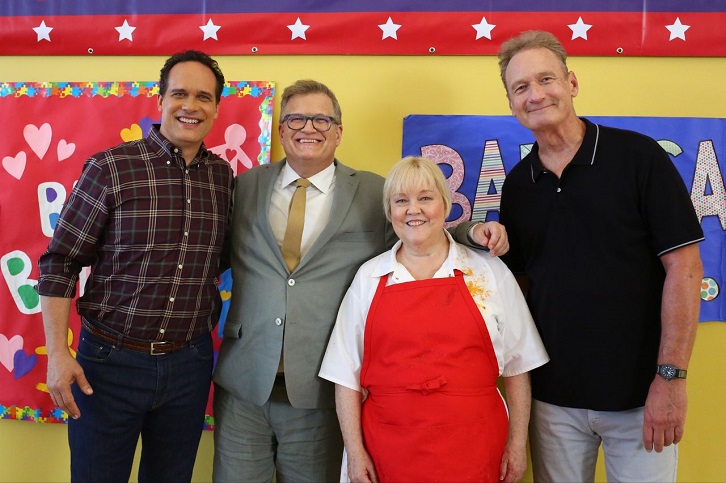 Press Release
WESTPORT ROCKS AS DREW CAREY, RYAN STILES AND KATHY KINNEY GUEST STAR IN AN EPISODE THAT REUNITES THEM WITH DIEDRICH BADER ON
AN ALL-NEW EPISODE OF ABC’S ‘AMERICAN HOUSEWIFE,’ FRIDAY, OCT. 11

“Bigger Kids, Bigger Problems” – When Anna-Kat’s school lunch lady (Kathy Kinney) refuses to make simple eco-friendly changes in the school cafeteria, Greg enlists the help of his friend and fellow environmentalist Bill Doty (Ryan Stiles). In an attempt to win over the lunch lady, they put on a show at the school highlighting the importance of recycling; but when those efforts fail, Greg is forced to call in reinforcements: “Mr. Green” (Drew Carey)! Meanwhile, Katie discovers that Taylor went behind her back to obtain a prescription for birth control; things quickly go from bad to worse when Katie learns that Angela is the one who took her to get the prescription, on an all-new “American Housewife,” FRIDAY, OCT. 11 (8:00-8:30 p.m. EDT), on ABC. Episodes can also be viewed the next day on ABC.com, the ABC app and Hulu.