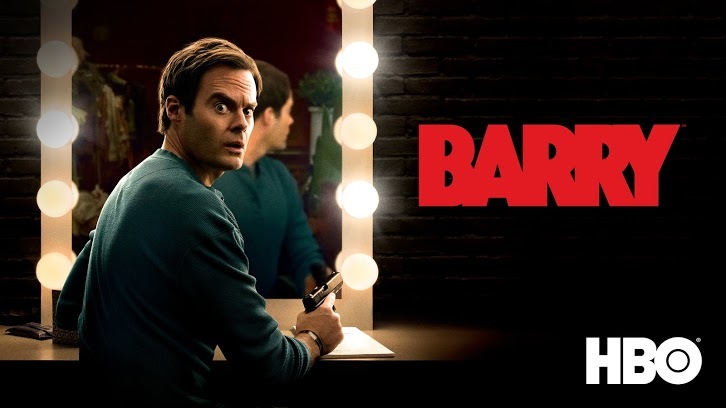 After a deadly shootout at the airstrip, Barry (Bill Hader) must make a difficult decision to evade capture. Pazar (Glenn Fleshler) blames Fuches (Stephen Root) for convincing him to declare war on Cristobal Sifuentes (Michael Irby), a ruthless yet civilized Bolivian drug lord. Sally (Sarah Goldberg) fears her performance in the class production of “Macbeth” will be compromised, ruining her chance to impress another top Hollywood agent.

Barry (Bill Hader) vows to give up his life of crime, once and for all. Pazar (Glenn Fleshler) enlists Vacha's (Mark Ivanir) replacement to take care of Fuches (Stephen Root). Moss (Paula Newsome) and her team close in on a major arrest with hopes of finally cracking the Madison case.

In the wake of shocking news, Gene (Henry Winkler) encourages his students to channel their feelings into their work. Resolved to quit his job and put the past behind him, Barry (Bill Hader) tries not to get pulled back in by Fuches (Stephen Root) and the Chechens. Sally (Sarah Goldberg) tries to crack the nut that is Barry.

A frustrated Barry (Bill Hader) misses an acting class to honor an obligation. Detectives Moss (Paula Newsome) and Loach (John Pirruccello) try to piece together a murder puzzle. Gene (Henry Winkler) presses Barry to take more risks. Sally (Sarah Goldberg) is thrown for a loop during an audition, and turns to Barry for comfort. The Chechens rejoice when a legendary assassin arrives.

Barry (Bill Hader) finds that distancing himself from Fuches (Stephen Root) and the Chechens might be harder than he thought. Sally (Sarah Goldberg) is dismayed to learn that an audition arranged by a prospective agent has strings attached. Gene (Henry Winkler) promises Moss (Paula Newsome) a bombshell, but only over dinner. Barry invites a Marine buddy and his two pals to a party given by his classmate Natalie (D’Arcy Carden), where Zach (Ross Philips), a rising actor, threatens Barry’s claim on Sally.

Barry (Bill Hader) looks to hit the reset button with Sally (Sarah Goldberg), but a scene from “Macbeth” triggers a reaction that pushes them farther apart. Moss (Paula Newsome) moves to interrogate members of Gene’s (Henry Winkler) acting class after a shooting video surfaces. Barry finds himself in a quandary after teaming up with Taylor (Dale Pavinski), a reckless new acquaintance, in a dangerous mission to wipe out a group of Bolivians.

Episode #6: “Chapter Six: ‘Listen with Your Ears, React with Your Face’”

Barry (Bill Hader) tries to fly solo at a remote airstrip, but Taylor (Dale Pavinski) still wants in. Vacha (Mark Ivanir) looks to exact revenge on the man who killed his brother, despite Pazar’s (Glenn Fleshler) hands-off orders. Moss (Paula Newsome) tries to end her association with Gene (Henry Winkler), but finds herself drawn to his classroom at a critical juncture. Sally (Sarah Goldberg) lobbies for a major acting challenge.