This section of episodes is proving to be rather interesting. In previous seasons, the writers have moved toward a question of whether Bravo Team will survive the season as a team. 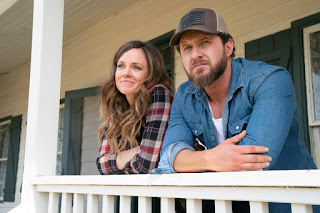 I'm finding that this story has such a sense of grounding in the truth of the characters, that I'm not certain the team will same when this story ends.

Most successful operator of the episode: Thirty Mike

I'm not sure what, beyond wreaking havoc, his agenda is, but he successfully ripped a huge hole in the unit by forcing Clay to confess that he took Lindell's offer.

What the heck is his story with Jason and Ray? Although I was inclined to believe him when he checked Jason on the story of what their former team leader would have had to say about the peace negotiations, I'm really curious about the history between these three

Is anyone else feeling like there is a major emotional event on the horizon for Jason? His singular focus on taking care of Bravo Team has gotten to a point where even Mandy brought it up.

Even though, as a viewer, I knew that Lisa would be proven right, it still sounded like Mandy was right as well...Jason's belief that he is the only thing that can protect Bravo Team is a way for him to justify his decisions. 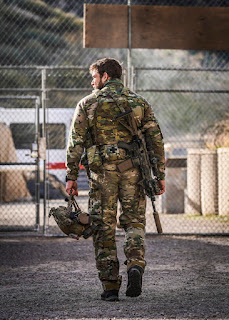 Lisa's instincts have been telling her the tear down of the base is a precursor to major problems. But the hierarchy and the government are so focused on the pull out that no one is willing to give her the resources she needs until a “key leader engagement” turns into a massacre.

It looks like Jason's concerns will bear out, but I still think there's something bad on the horizon for him; something that will force him to find the balance in his life.

Percival – Can't really argue that Sonny's an improvement. It just doesn't fit Sonny's personality, does it?

I was pleased to learn that Lisa isn't Sonny's first female best friend. 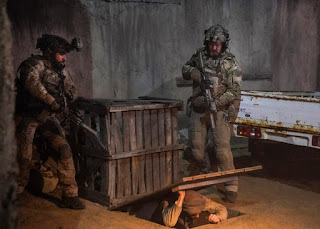 The dinner she set up was very uncomfortable, but we were expecting this sequence to see Sonny heal some relationships back home.

At the moment, Bravo Team is a bit torn asunder. I'm really curious to see where we're headed with this one. A really great episode for me.

What did you guys think? Drop your ideas into the comment section below.

Are we all in agreement that that anonymous letter was written by Clay? His innocent act seemed a bit too calculated to me. LOL

It looks like Clay's presence at COP Redding is going to be the difference between life and death for those men.