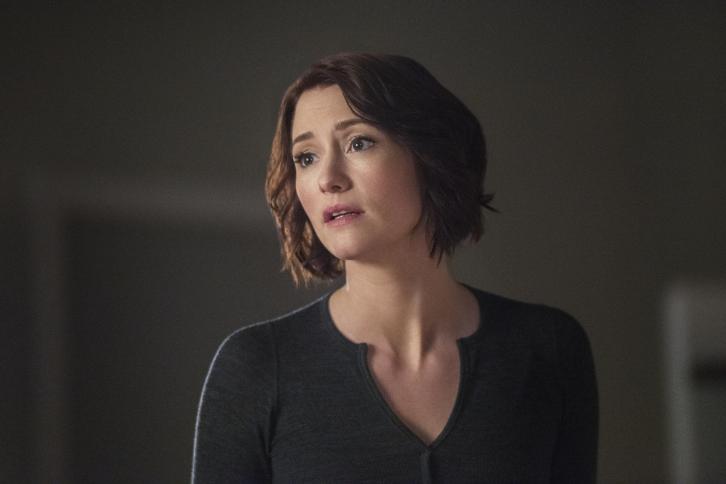 
New Interviews
Thanks to Ivan and tsukikomew for the heads up.


In a wide-ranging interview with CBR, executive producer Andrew Kreisberg opened up, ever so slightly, about yet another reason the finale is such a big deal. Promising “a feature film quality finale, with huge guest stars, stunts and visual effects,” Kreisberg went on to say viewers “will get a glimpse of the Season 3 villain in the finale, which we’re also excited about.”

Source:
Read More on CBR
Superman returns for the finale. How crucial is he in the upcoming battle?

He’s incredibly crucial. I love Tyler in the part — he’s so good. It’s a bit of a different interpretation of Superman than you’ve seen. In our show, Superman has been [a superhero] for a decade, and he’s pretty comfortable with being Superman. A lot of interpretations are of him getting his start, at the beginning. For us, he’s so comfortable in the role, but the show is called “Supergirl,” so our Superman is here in service of Supergirl. He’s her family. He’s her conscience. He’s her mentor.


New Interview
Thanks to Ivan for the heads up.


Of course, Alex won’t go silently into the night, either. “When we decided to do an episode about Alex getting kidnapped, we knew that Alex Danvers is nobody’s victim,” Kreisberg says. “Even though she’s trapped, Alex does two very impressive things to try and escape and help ensure her survival, so that’s really cool.”

“It’s one of my favorite episodes we’ve ever done,” Kreisberg continues. “It’s certainly not the flashiest episode in terms of visual effects and in terms of stunts, but just as a character piece, I think it’s so interesting.”

Interview
Thanks to MM for the heads up.


“Maggie and Kara have to team up to try to figure out what’s happened to me, and that sets up a lot of interesting conversations between the two ladies,” Leigh previews. “It’s almost like a peeing contest, you know what I mean? Like, ‘Who can do this better? Who knows Alex better?’ And it comes to a head at one point.”

As Melissa Benoist puts it, “[Kara and Maggie] are both women who are very strong and opinionated and stubborn, and they very much have their own way of figuring out a problem.” So as they join forces, “They don’t necessarily agree on how to deal with the fact that the person that’s the most important to both of them is missing and in danger.”

Promotional Photos
Thanks to Phun for the heads up.

ALEX IS KIDNAPPED – Alex (Chyler Leigh) is kidnapped and the kidnapper threatens to kill her unless Supergirl (Melissa Benoist) releases a notorious criminal from prison. Supergirl and Maggie (Floriana Lima) have always had different approaches to apprehending criminals but this time they must work together to save Alex. Meanwhile, Rhea (guest star Teri Hatcher) has an interesting proposal for Lena (Katie McGrath). Rob Greenlea directed the episode written by Eric Carrasco & Greg Baldwin (#219). Original airdate 5/1/2017.