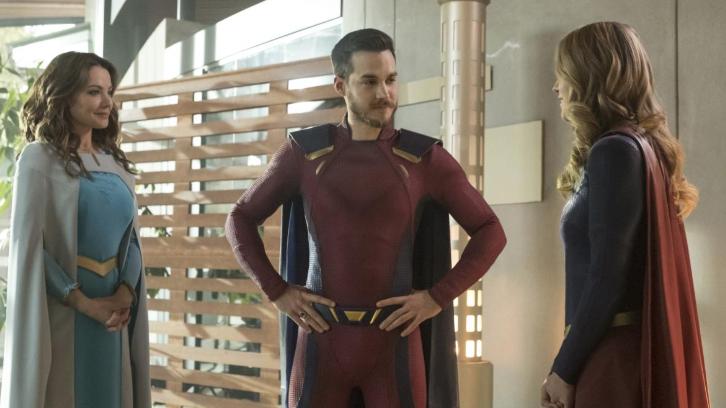 Erica Durance Speaks to EW to Preview What's Coming Up On Supergirl
ENTERTAINMENT WEEKLY: Did you know when you signed on to take over for Laura Benanti as Alura that she was actually going to be alive?

ERICA DURANCE: Yeah. They came to me and wanted to know if I would do the part, and just some of the parameters, some of the backbone of the show, because I wasn’t completely familiar with it. They were telling me there would be this massive, huge surprise for Supergirl’s character, that her mother will be coming back. They didn’t say in what capacity, they just knew it was going to be this big surprise for everybody, and specifically for her, and then her dealing with what that means to have this mother of her birth alive and come back to her, and in what way. Now it’s unfolding for me, the capacity with which I help, and it’s pretty exciting.