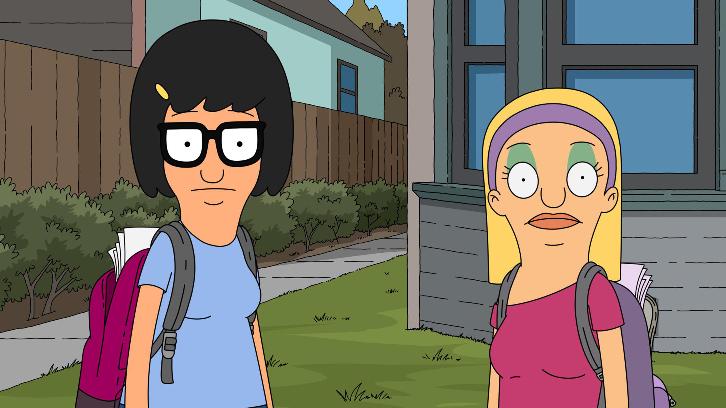 THE RIVALRY IS REAL ON AN ALL-NEW "BOB'S BURGERS" SUNDAY, NOVEMBER 5, ON FOX

When Tina launches a babysitting enterprise, it is quickly derailed after her business nemesis, Tammy (guest voice Jenny Slate), is hired to work alongside her. Meanwhile, Bob and Linda check out their competition at a restaurant that's known for its burgers in the all-new "Sit Me Baby One More Time" episode of BOB'S BURGERS airing Sunday, Nov. 5 (7:30-8:00 PM ET/PT) on FOX. (BOB-708) (TV-PG L)