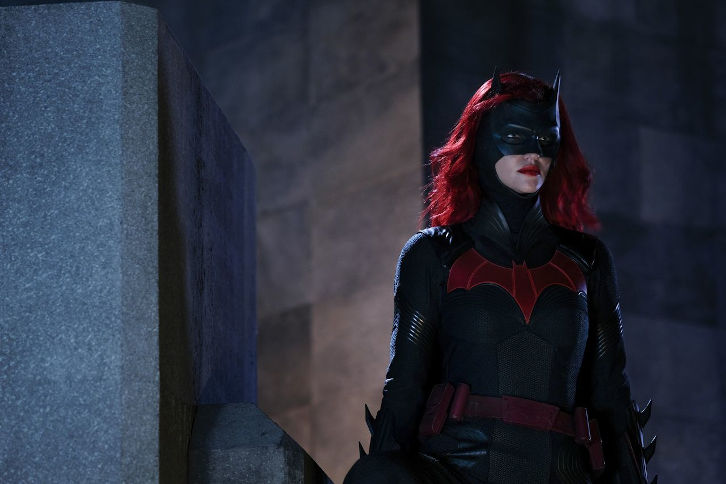 GOODBYE TO THE BAT - As the city waits impatiently for another visit from who they think is Batman, Alice (Rachel Skarsten) continues to taunt Kate (Ruby Rose) with a secret but also sets her sights on Jacob (Dougray Scott) and Catherine (Elizabeth Anweis). Kate is visited by Tommy Elliot (guest star Gabriel Mann), a childhood friend of her cousin who has finally realized his lifelong dream of being wealthier than Bruce Wayne and throws a party so all of Gotham can celebrate his success. Mary (Nicole Kang) gets an unexpected new bestie when Sophie (Meagan Tandy) is assigned to protect her. Luke (Camrus Johnson) and Kate work together to uncover who may have taken a valuable weapon from Batman’s arsenal. And as Batwoman faces a new enemy, Kate realizes she must either walk away from her new role or fully embrace the mantle as Gotham’s new hope. Dermott Downs directed the episode written by Holly Henderson and Don Whitehead (#103). Original airdate 10/20/2019. Every episode of BATWOMAN will be available to stream on CWTV.com and The CW App the day after broadcast for free and without a subscription, log-in or authentication required