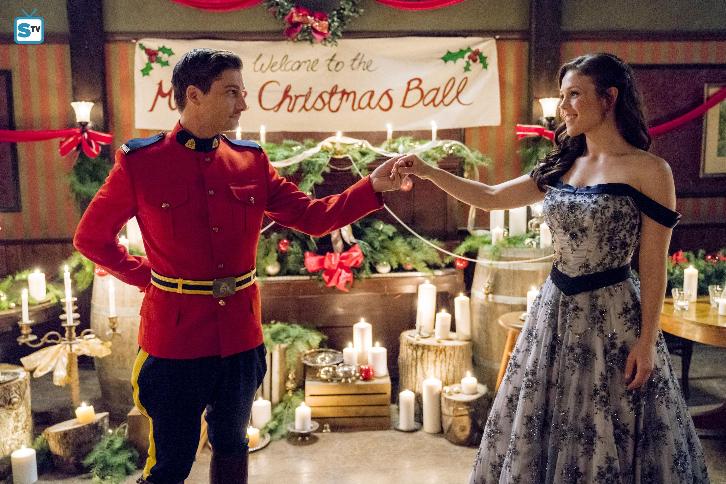 Sneak Peek
Thanks to RD for the heads up.


Sneak Peek
Thanks to RD for the heads up.

“When Calls the Heart Christmas” is part of the network’s top-rated seasonal franchise event “Countdown to Christmas,” during which 19 all-new, original movies will premiere this holiday. Nearly 80 million viewers come to Hallmark Channel during the programming event’s eight-week run, routinely driving the network to be #1 among all broadcast and cable nets.

When a train derailment delays the arrival of much needed food, supplies and gifts, Christmas in the town of Hope Valley is in jeopardy. With the help from a mysterious visitor (Terence Kelly, “Bates Motel”), a simple peddler who has a knack for helping people find what they need, Jack (Lissing),
Elizabeth (Krakow), and Abigail (Loughlin) rally the town residents to come together in the true spirit of giving, proving that Christmas really is the season for miracles.

Promo
Thanks to I Shot J.R. Ewing for the heads up.