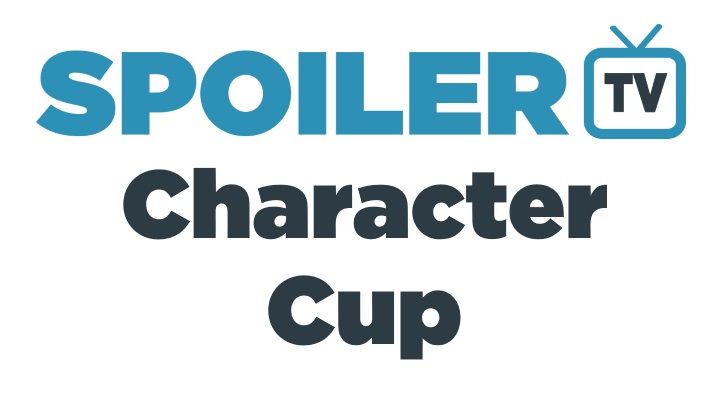 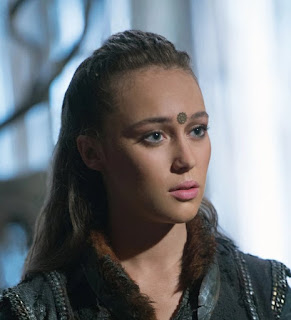 64 polls later and we have a winner! Congratulations to Lexa fans for voting her to the top. Although it was not a blowout like last year, Lexa grabbed the lead early and kept up momentum. With this, Lexa becomes the 9th winner of the Character Cup. Way to go, Lexa fans!  She also had the highest number of total votes, more than double what Sam Winchester and Buffy Summers had combined. In addition, she had the top 2 votes per round. To become the winner, Lexa defeated Justin Foley, Riley Davis, Jethro Gibbs, Jamie Fraser, Buffy Summers, and Scylla Ramshorn.  In second place is Scylla Ramshorn, who had the most nominations and therefore came into the Cup as the highest ranked. As a new character and with a second season of Motherland:  Fort Salem already ordered, this may not be the last time we see her in the Cup.  Congratulations to her fans for a well-played contest.

While the Championship round had a clear leader throughout, things could not have been tighter in the race for 3rd place. With the polls very close the entire time, the last push put Buffy Summers and Sam Winchester in a dead heat at 50% to 50%. In the end, it came down to less than 25 votes so the third place winner is...Buffy Summers. This is the third time that Buffy has taken third place. Sam Winchester takes fourth place, the highest he has ever ranked in the Cup.

As the winner, Lexa joins Jack from LOST, Dean and Castiel from Supernatural, Root and Shaw from Person of Interest, Alex Danvers from Supergirl, Lucifer Morningstar from Lucifer, and Temo Lopez from Mi Marido Tiene Más Familia in our Hall of Retired Winners.  Congratulations to The 100, Motherland: Fort Salem, The Buffy the Vampire Slayer, Supernatural, and all other fandoms who supported their favorites. Our breakout character this year was Lois Lane from Smallville, who jumped 32 ranks to land in the #8 spot. Over in the Favorite Series Finale, The Good Place reigned supreme with LOST placing second.

Interested in other stats about the 2020 Character Cup? Check out the stats page here.

By correctly picking 46 polls and earning 84 points, NICK is the winner of the prediction contest.  Congratulations!  You earn bragging rights this year.  Rn, our winner last year, took second place with 78 points and Psazzy and Lost Sensate both had 76 points.  Awesome job predicting all around.  Over in the wish list contest, Rn ranked highest with Lost Sensate and Ellys close behind.  (On a side note, this is the first time that my wish list ended up in the top 5.  Woo hoo!)

The Character Cup does not happen without the support of so many people. First and foremost, thanks to Andy for running SpoilerTV and hosting this contest every summer. If you haven’t been to SpoilerTV before the Character Cup, I urge you to stick around and try it out. Not only are hundreds of shows covered but the people who make up the STV community are knowledgeable, thoughtful, passionate, respectful, and eager to discuss. You will not find better, balanced conversation about TV anywhere online. It is my privilege to be a part of the STV team.

Special thanks also go out to Richard A. Murray, who once again spent his free time editing many of the pictures used in this contest. I very much appreciate all your work for the last four years and your willingness to help whenever I'm in a pinch. You are a lifesaver. Thanks also to ALL of the people who found pictures and videos, not only for their favorites but also other characters in the contest. I didn’t have to worry about finding pictures, which saved me hours. By being the awesome people you are, you cut my work in half and I can’t thank you enough.

Everyone knows that the TV Talk Topics are my favorite part of this contest and you didn’t disappoint. I loved talking TV with you this year. I appreciate everyone who shared their thoughts, whether it was every time, just once, or somewhere in between. You are the reason why so many people are drawn to SpoilerTV. I also very much appreciate everyone's feedback. You gave me a lot to think about before the 2021 Cup. A special thanks also to everyone who nominated topics. I’m sorry if we didn’t get to yours, but we have a great mix of topics to start us out next year.

Finally, a huge thank you to everyone who participated in any capacity. There is no contest without you. I appreciate your nominating, voting, discussing, mini-contest ideas, TV Talk Topics, spreading the word through social media, and sharing your thoughts. Once again, I had a blast during this contest and I can’t wait to see you next year for the 2021 Character Cup. It's one of my favorite parts of summer and a joy to participate with you.

The summer fun is not over here at SpoilerTV. We still have our biggest summer contest for Favorite Show. This is our main hiatus event so you don't want to miss it. Bradley is tentatively planning on opening nominations on Monday, August 3 and you will have until August 10 to nominate. The contest should start around Friday, August 14. Mark your calendars because you don't want to miss this!

Shows that have been in the Cup all 7 years: 11
The 100, Arrow, The Blacklist, Buffy the Vampire Slayer, Criminal Minds, Doctor Who, Fringe, Grey’s Anatomy, LOST, SHIELD, Supernatural

Characters that have been in the Cup all 7 years: 3
Raymond Reddington, Buffy Summers, The Doctor