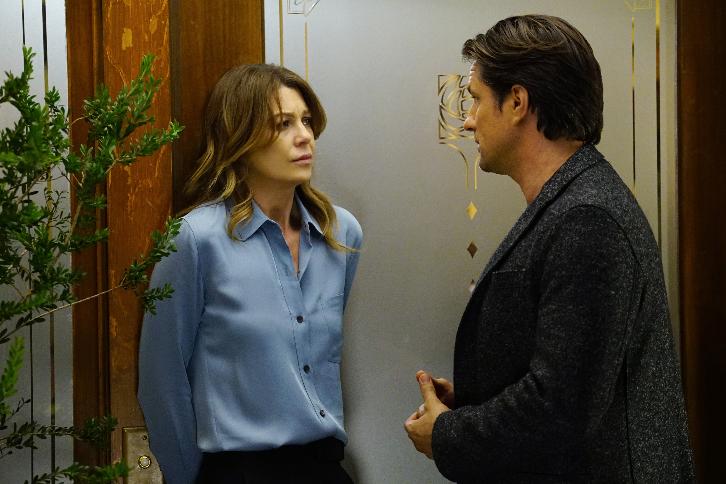 
Maggie’s mom has passed. How will this impact her going forward?

I’m going to start crying just thinking about it. Maggie is different than a lot of the characters on the show but particularly her sisters in that she had a really lovely home life growing up and really has a strong relationship with her parents. A friend of mine who lost her sister recently said that when someone who is that close to you dies, a part of you dies, too. That is really true for Maggie. There’s a great big hole that is left behind by her mother’s passing and a change in her sense of identity. Maggie came to Grey Sloan seeking to fill a hole in her identity. She came to Seattle looking for information about her biological family and then she found it and that got filled up and now there’s a new great big gaping hole in her life. It’s hard. She doesn’t know what to do with herself. But it's also different from Meredith and other characters on this show because she really leans into her support system and gets what she needs.

MAGGIE TAKES ON A BIG SURGERY, AND STEPHANIE MAKES A MISTAKE, TREATING ONE OF GREY SLOAN’S OWN, ON ABC’S ‘GREY’S ANATOMY’

“What’s Inside” – When Maggie takes on a big case, many of the doctors are worried she’s not the right one for the job while Stephanie makes a mistake, treating one of Grey Sloan’s own, on “Grey’s Anatomy,” THURSDAY, APRIL 6 (8:00-9:01 p.m. EDT), on The ABC Television Network.

“What’s Inside” was written by Tia Napolitano and directed by Nzingha Stewart.