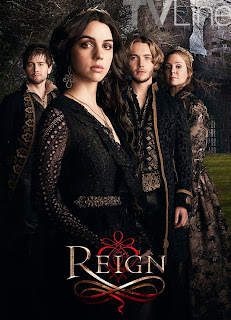 LOS ANGELES, CA – January 21, 2015 – Golden Globe winner and Emmy® nominee Ian McShane (Deadwood) will guest star in a season-long arc of the hit SHOWTIME drama series RAY DONOVAN. McShane will play Malcolm Finney, a prominent movie producer and billionaire who hires Ray to get his family out of a potentially catastrophic situation, eventually forming a very powerful relationship with one another. Season three will include twelve episodes and begins production on Monday, January 26th in Los Angeles.

Award-winning actor Ian McShane has captured the public’s attention (as well as many plaudits, including from the Hollywood Foreign Press) by playing bad guys, scoundrels and thieves. He will next star as a corrupt judge in Bolden and opposite Patrick Wilson in The Man On Carrion Road. McShane starred in the worldwide billion-dollar blockbuster Pirates of the Caribbean: On Stranger Tides as the fearsome pirate Blackbeard. Additional highlights of his previous film credits include Hercules, Cuban Fury, Jack and the Giant Slayer, Snow White and the Huntsman, starring in, and co-producing, the motion picture 44 Inch Chest, Woody Allen's Scoop, and voice over acting in the highly-acclaimed animated features, Coraline, Shrek The Third, Kung Fu Panda and The Golden Compass. In the critically-acclaimed indie Sexy Beast, he gave another riveting performance by transforming himself into the dark, sinister and very handsome character Teddy Bass.

McShane has also enjoyed a long and creatively diverse career in both British and American television. One of his most significant roles includes Al Swearengen on Deadwood where McShane earned the Golden Globe Award for "Best Actor in a Television Drama,” which also led to Emmy and Screen Actors Guild® nominations. Additionally, he starred in the Emmy-nominated The Pillars of the Earth for which he received a Golden Globe nomination and in the award-winning anthology series American Horror Story.

Set in the sprawling mecca of the rich and famous, RAY DONOVAN stars two-time Golden Globe nominee Liev Schreiber as L.A.’s best professional fixer, the man called in to make the city’s celebrities, superstar athletes, and business moguls’ most complicated and combustible situations go away. In season two of this powerful drama, Ray’s life erupted when the FBI, his father Mickey (Jon Voight, in his Emmy-nominated and Golden Globe-winning role), and his own family slip out of his control, testing his roles as protector, provider and patriarch like never before. The cast also includes Paula Malcomson, Eddie Marsan, Dash Mihok, Steven Bauer, Katherine Moennig, Pooch Hall, Kerris Dorsey and Devon Bagby. RAY DONOVAN was created by Ann Biderman. RAY DONOVAN stands as the network’s highest-rated freshman series ever and averaged 5.3 weekly viewers in its sophomore year. A SHOWTIME production, the series is executive produced by Mark Gordon, Bryan Zuriff and David Hollander.