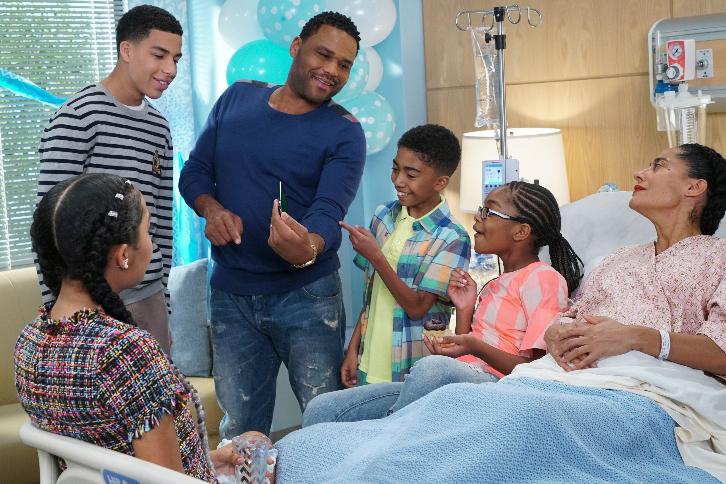 DRE’S BABY SHOWER PLANS ARE PUT ON HOLD AFTER BOW PAYS A VISIT TO HER DOCTOR, ON THE SEASON FINALE OF ABC’S ‘BLACK-ISH’

“Sprinkles” – Initially wary, Dre embraces throwing Bow’s baby shower and wants it to be unforgettable. However, his plans are put on hold when Bow stops by the OB/GYN with a headache and discovers she is having complications, on the season finale of “black-ish,” WEDNESDAY, MAY 10 (9:31-10:00 p.m. EDT), on The ABC Television Network.

“Sprinkles” was written by Laura Gutin Peterson and directed by Eva Longoria Bastón.