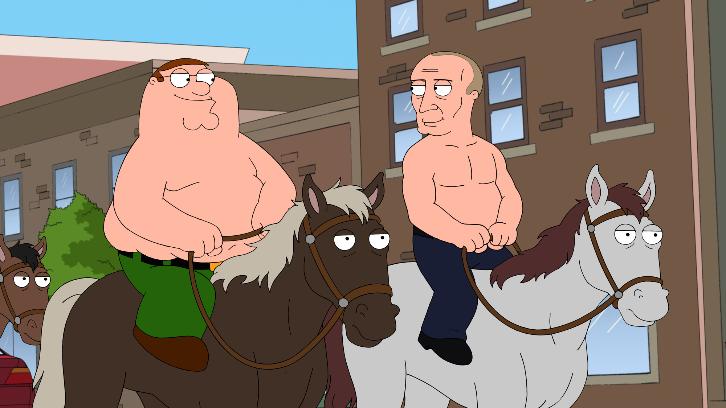 On Thanksgiving weekend, Peter discovers an alternate ending in the Russian version of one of his favorite films and writes to Vladimir Putin, who comes to Quahog. Meanwhile, a strapped-for-cash Brian gets a job at a suicide hotline center and attempts to strike up a romance with a co-worker (guest voice Kristen Bell) in the all-new "Petey IV" episode of FAMILY GUY airing Sunday, Nov. 19 (9:00-9:30 PM ET/PT) on FOX. (FG-1504) (TV-14 D, L, S, V)