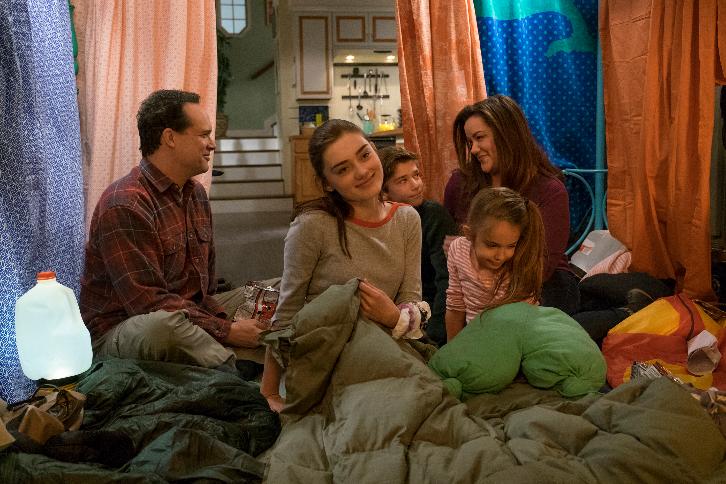 “The Snowstorm” – The Ottos are trapped at home after a snowstorm knocks out power and blocks the roads. Greg seizes the opportunity to “rough it” at home with the kids. Katie, bitter that she can’t go on her planned girls weekend, finds herself making excuses to visit Viv (guest star Leslie Bibb), who is also stranded at home, but with a power generator, free-flowing champagne and cookies, on “American Housewife,” airing TUESDAY, JANUARY 10 (8:30-9:00 p.m. EST), on the ABC Television Network.

Guest starring are Leslie Bibb as Viv and Lidia Porto as Luz.

“The Snowstorm” was written by Stephanie Birkitt and directed by Chad Lowe.