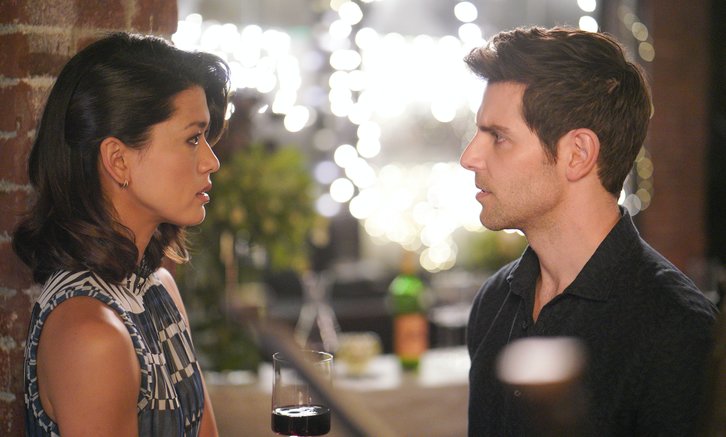 Sneak Peeks
Thanks to Lady_Junky for the heads up.

Press Release
THE FIGHT TO KEEP SIGHT OF THE HORIZON IS ALL TOO REAL ON AN ALL-NEW EPISODE OF ABC’S ‘A MILLION LITTLE THINGS,’ WEDNESDAY, NOV. 28

“fight or flight” – Recurring nightmares force Maggie to face a life-altering trauma from her past, while in real life, the group finally discovers that her cancer is back. Gary seeks help from an unexpected someone in order to make one final attempt at convincing Maggie to get treatment, but everything comes to a head at Regina and Delilah’s first tasting party at the new restaurant, leaving this circle of friends to wonder if things will ever be the same, on an all-new episode of “A Million Little Things,” WEDNESDAY, NOV. 28 (10:00-11:00 p.m. EST), on The ABC Television Network, streaming and on demand.

Guest stars include Sam Huntington as Tom and Henderson Wade as Hunter.

“fight or flight” was written by Tawnya Bhattacharya and Ali Laventhol, and directed by Ami Canaan Mann.