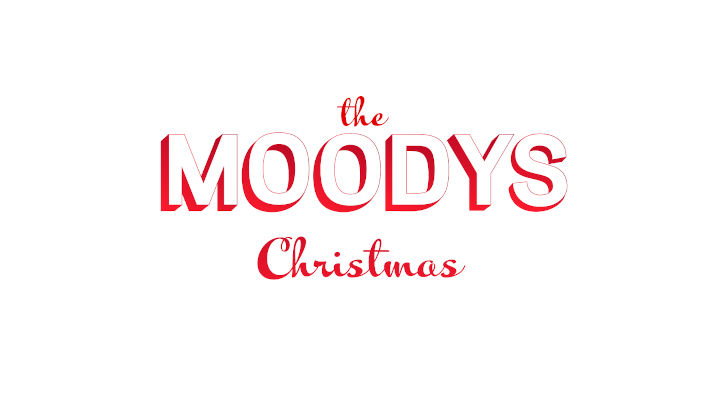 Press Release
MEET THE MOODY FAMILY ON THE ALL-NEW, SERIES PREMIERE OF “THE MOODYS” WEDNESDAY, DECEMBER 4, ON FOX

Meet THE MOODYS, a tight-knit, but slightly dysfunctional family of five, all of whom gather in their hometown of Chicago for the “perfect” holiday. The family includes SEAN SR. (Denis Leary, “Rescue Me,” “Animal Kingdom”); his wife, ANN (Elizabeth Perkins “Sharp Objects,” “Weeds”); and their three grown children – DAN (Francois Arnaud, “The Borgias”), the youngest of the siblings and the “creative one”; BRIDGET (Chelsea Frei, “Sideswiped”), the middle sister and the “overachiever”; and SEAN JR. (Jay Baruchel, “Man Seeking Woman,” the “How to Train Your Dragon” franchise), the oldest sibling and “screw-up,” still living at home with his parents. Freshly single, Dan returns to his childhood home for Christmas to find it’s in various stages of disarray, with one functioning bathroom. As the extended family gathers for a welcome meal, Dan meets CORA (Maria Gabriela De Faria, “Deadly Class”), with whom he instantly clicks. There’s only one problem: she’s already dating his cousin. Then, in an unexpected turn of events, all the Moodys find themselves living under the same roof again when Bridget, who lives in the Chicago area, returns to her childhood home with a suitcase in hand after a fight with her husband. Don’t miss the all-new, “Pilot/Episode 2” series premiere episode of THE MOODYS airing Wednesday, Dec. 4 (9:01-10:00 PM ET/PT) on FOX. (MDS-101/MDS-102) (TV-PG L)