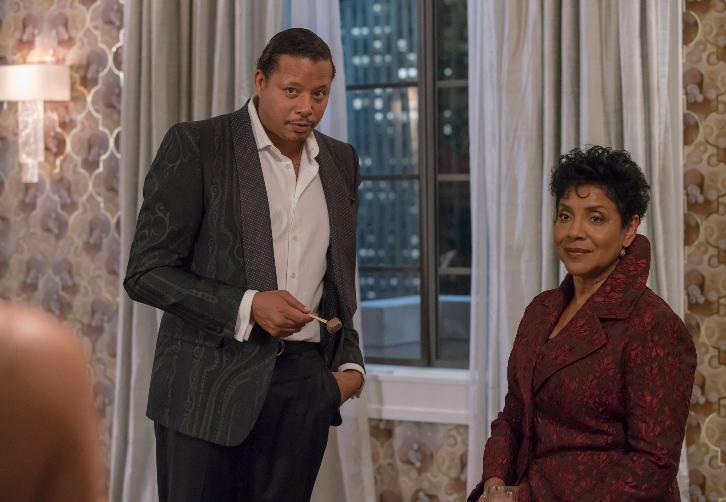 COOKIE THROWS A DINNER PARTY ON AN ALL-NEW "EMPIRE" WEDNESDAY, NOVEMBER 30, ON FOX

Cookie looks to Candace for tips on how to plan an elaborate family dinner that will impress Angelo's mother, Diane (guest star Phylicia Rashad). Meanwhile, old home videos cause Cookie to face secrets about her relationship with her father that she had tried to hide from her kids, and Andre organizes an unlikely duet in the all-new "What We May Be" episode of EMPIRE airing Wednesday, Nov. 30 (9:00-10:00 PM ET/PT) on FOX. (EMP-307) (TV-14 D, L, S, V)