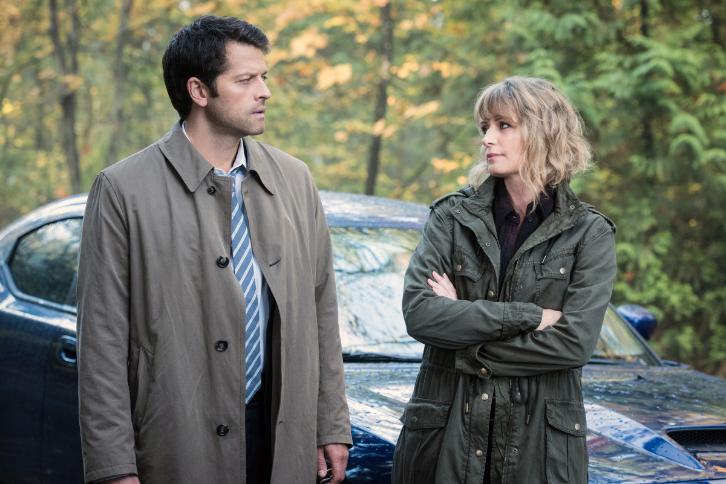 
New Promo - See No Evil
Thanks to Emily for the heads up.

THE HUNTERS BECOME THE HUNTED – After being arrested for the attempted assassination of the President of The United States, Sam (Jared Padalecki) and Dean (Jensen Ackles) must find a way out of an underground, government-run, detention facility in the middle of nowhere. Determined to find her sons, Mary (guest star Samantha Smith) and Castiel (Misha Collins) seek assistance from an unlikely source. Robert Singer directed the episode written by Andrew Dabb (#1209). Original airdate 1/26/2017.

Extended Promo
Thanks to Ruxi Agache for the heads up.