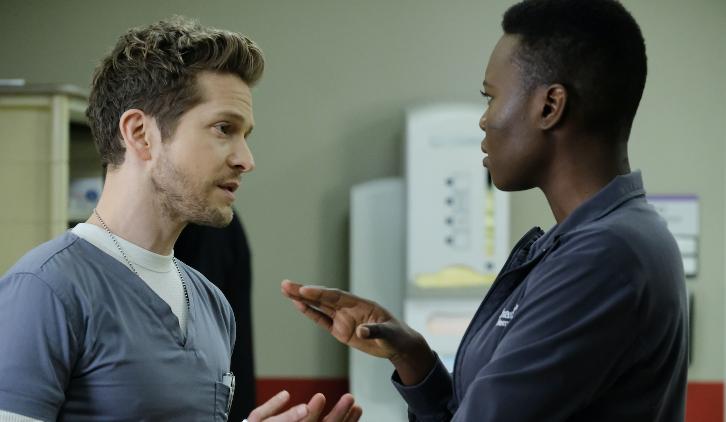 Promotional Photos
Thanks to Sarah for the heads up.

Press Release
THE TEAM MUST BAND TOGETHER TO SAVE NIC AND BRING DOWN LANE ON THE ALL-NEW SEASON FINALE OF "THE RESIDENT" MONDAY, MAY 14, ON FOX

In a final and drastic attempt to save Nic from Lane's acts of sabotage, Conrad must call in a favor from the one person he promised he never would. Meanwhile, Mina's partnership with The Raptor (guest star Malcolm-Jamal Warner) takes on new colors when Micah (guest star Patrick Walke) is rushed back to Chastain with major heart complications and Dr. Bell's alliance with Lane is put to the ultimate test when one of her patients is readmitted to the hospital in the all-new "Total Eclipse of the Heart" season finale episode of THE RESIDENT airing Monday, May 14 (9:00-10:00 PM ET/PT) on FOX. (RES-114) (TV-14 D, L, S, V)