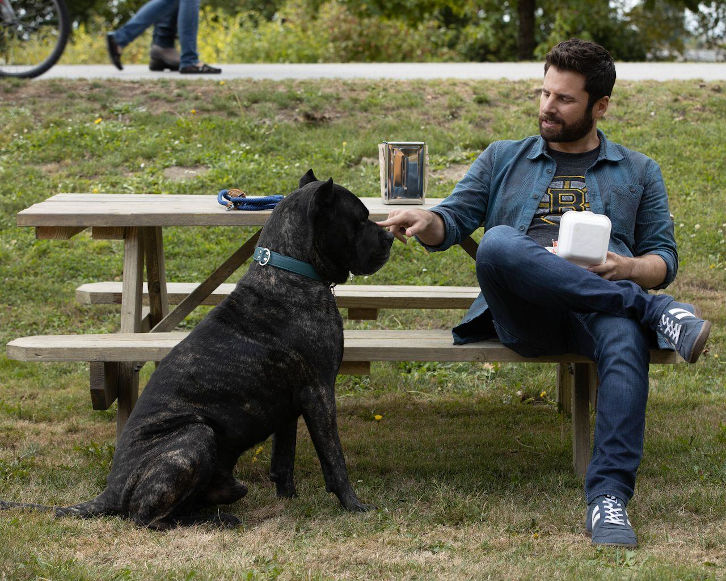 Press Release
GARY MAKES A TOUGH DECISION ABOUT HIS DOG, COLIN, ON AN ALL-NEW EPISODE OF ABC’S ‘A MILLION LITTLE THINGS,’ THURSDAY, NOV. 7

“ten years” – The gang gathers for Theo’s 10th birthday, which is also a significant milestone for Eddie. Meanwhile, Delilah, Eddie and Katherine are at an impasse about revealing the truth about Charlie; Rome and Regina try to keep Sophie from getting too close to PJ, and Maggie helps Gary make a difficult decision about his dog, Colin, on a new episode of “A Million Little Things,” airing THURSDAY, NOV. 7 (9:01-10:01 p.m. EST), on ABC. Episodes can also be viewed the next day on ABC.com, the ABC app and Hulu.

The episode “ten years” was written by Chris Erric Maddox and Dante Russo, and directed by Robbie Duncan McNeill.