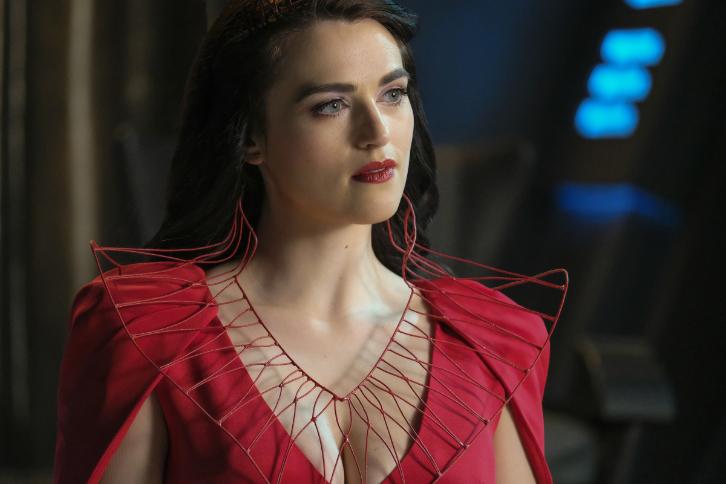 Check out this exclusive @TheCWSupergirl clip from tonight's episode! https://t.co/GuU8G3uBmo

Sneak Peek 2
Thanks to Phun for the heads up.


But just because they are aligned now doesn’t mean Cadmus has stopped hating aliens. In fact, the Daxamites won’t be Kara’s only threat as Supergirl heads into its second season finale. “There’s multiple showdowns coming up,” executive producer Andrew Kreisberg tells EW. “These are some of our biggest episodes we’ve ever done.”

“The finale is probably the biggest episode we’ve ever done,” Kreisberg continues. “We saved a bunch of money to pay for more visual effects and actually added another day to the schedule so we could make it as big as possible, and yet it also has multiple get-your-Kleenex scenes. We’re really excited about it. We’re all blown away.”

Poster
Thanks to Phun for the heads up.