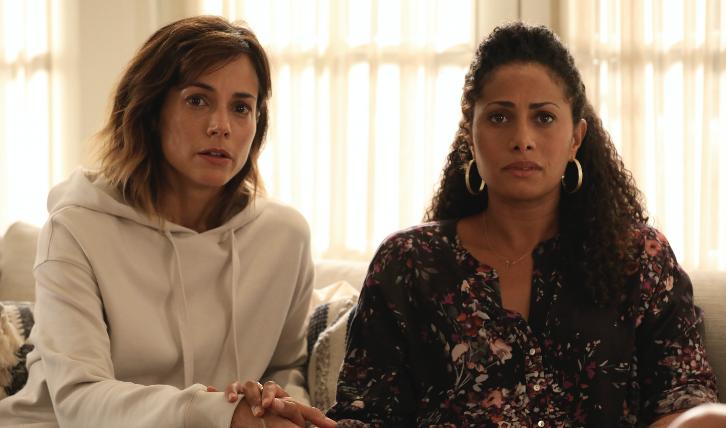 Sneak Peek 2
Thanks to Lady_Junky for the heads up.

Press Release
IN THE WAKE OF JON’S ABSENCE, THE LOVED ONES HE LEFT BEHIND STEP UP AND STEP IN ON ABC’S ‘A MILLION LITTLE THINGS,’ WEDNESDAY, OCT. 3

“band of dads” – The group tries to be there for Sophie as an upcoming father-daughter dance recital approaches, and when she asks a very reluctant and arrhythmic Eddie to dance with her, it leaves Delilah feeling uneasy. Against her better judgment, Maggie agrees to have Rome in for a therapy session, but it quickly becomes clear that her new friendships are a conflict of interest. Meanwhile, Danny confesses a secret to Gary; Maggie receives an unexpected visitor from her past; and someone discovers a cryptic voicemail from Jon that was left right before he died, on “A Million Little Things,” WEDNESDAY, OCT. 3 (10:00-11:00 p.m. EDT), on The ABC Television Network, streaming and on demand.

Guest stars include Sam Huntington as Tom, Chance Hurstfield as Danny Dixon, Ricky He as Don, Rob LaBelle as Gene and Nathan Witte as Mark.

“band of dads” was written by DJ Nash and directed by James Griffiths.