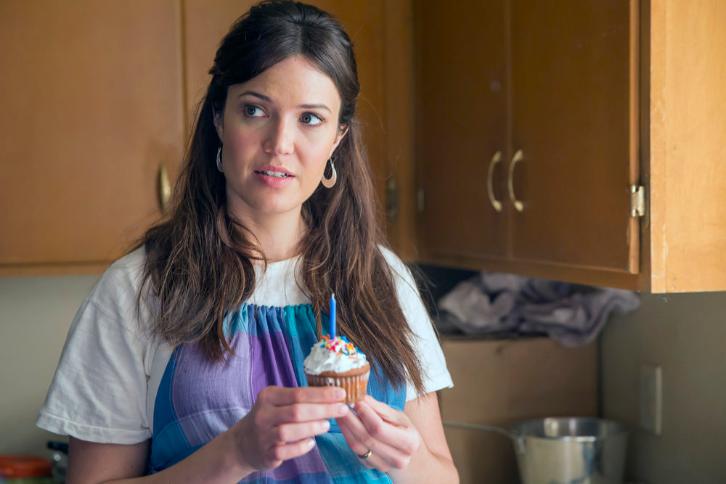 01/17/2017 (09:00PM - 10:00PM) (Tuesday) : As the birth date of her triplets quickly approaches, a frazzled and emotional Rebecca forgets Jack's birthday. Dr. K struggles with the loss of his wife and wonders how he'll be able to continue on with his life without her. Joe - the firefighter who delivered baby Randall to the hospital - fights to save his marriage


Did you ever actually consider killing off the Toby character?

We had conversations early on about what would be Toby’s fate; we always knew he was going to have this kind of collapse halfway through the first season. We decided pretty early on that he would make it. We had a lot of illness and potential death touching this family and it didn’t feel like we could let go of Chris Sullivan. Before we ever started airing, we knew he was going to make it.

What kind of a recovery process will it be for him?

He’s got a little bit of a recovery process and it’s going to keep him in New York for a little bit because the doctor doesn’t want him traveling. Toby’s medical recovery isn’t where we spend a ton of our time this second half, but it’s all part of the bigger story of Kate and Toby’s relationship. It’s a lovely and often romantic comedy-esque relationship between them. Decisions got made really quickly and they’re very up and down. They continue to be struck by these obstacles that force their relationship to either move too slowly or too quickly. That’s the main takeaway from the heart attack in the

Source:
Read More on THR
This was also the episode in which the love triangle between Kevin, Sloane, and Olivia turned really pointy. Good intentions or not, which bridge has Kevin burned more badly — the Sloane or Olivia one?

They’re both burned pretty badly right now. What I love about what Justin does with Kevin is he reminds me so much at times of Jerry Maguire, which is always a touchstone movie to me. He’s a really well-meaning guy who just continues to step in it always at the moments when he’s trying to do the best thing. It seems like every time Kevin really tries to do something good, it’s when he winds up being perceived as the biggest dick. He’s just not good at being good, even though he is good. And I love that so much about him.