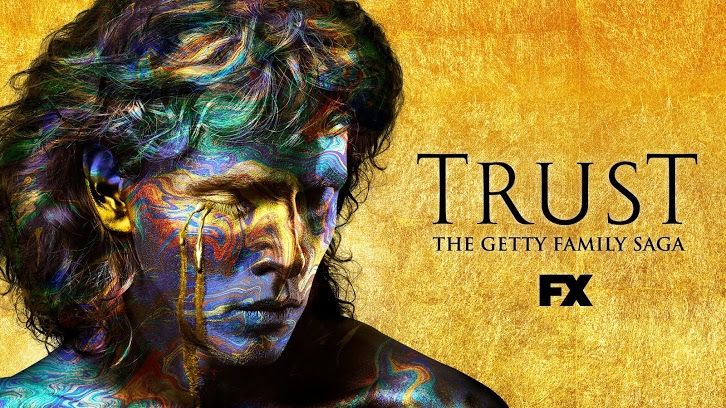 For the first few months of this year, the state of TV drama was kind of bumming me out. "This is the best they could come up with?" I kept thinking to myself as I watched yet another faux-prestige limited series about some historic event we all sort of remember.

We like to think that we're still in the Golden Age of TV, the medium's equivalent of 70's American cinema where visionary auteurs like Coppola, Scorsese, Friedkin, etc were given free reign to make crazy movies like Sorcerer or Apocalypse Now. But that's not true. The truth is that that TV's Golden Age is long gone, and ended roughly around the time Mad Men ended (or, if you're being pessimistic, around the time Breaking Bad ended).

Now, we're firmly into the 80's, where blockbusters have been invented and IP has become the medium's currency, rather than artistic merit. And what sort of IP is this? Whereas film now deals in major, billion dollar franchises like Marvel and Star Wars, TV is working on a smaller scale, attempting to turn every vaguely interesting crime from the last few decades into the first season of an anthology series. The days of shows like Halt and Catch Fire or The Leftovers getting greenlit are probably over. Now, you have to make Waco or The Looming Tower.

Shows like those might appear on the surface to be "prestige", or have some artistic merit. They have good production values, and recognisable actors playing (often) recognisable real-life figures. But really, show like this are mostly just interested in the superficialities of their subject matter, and have neither the time nor the inclination to dig deeper. Really, they're only interested in screaming "Remember this?" at viewers. The age of the prestige drama is over (one of its final remnants, FX's The Americans, will come to an end in a few weeks), and what's replacing it concerns me.

Enter FX's Trust, which before it premiered I assumed would be a microcosm of all that I hate about TV today. A true crime story, a vague enough name that it will likely become an anthology series, and movie stars like Donald Sutherland, Hilary Swank and Brendan Fraser in there to distract from the series' ultimate shallowness. And Trust is sort of guilty of all these things, because it was made in an era of TV where this is one of few types of shows that can get made. But what I wasn't expecting when I sat down to watch the first two episodes was for it to be the first of such shows since The People vs OJ two years ago to actually do something interesting in this format.

Really, what I shouldn't have done was underestimate Danny Boyle, who directed at least the first three episodes of the show which was created by Boyle's frequent screenwriter Simon Beaufoy. Boyle has always been an incredibly exciting and inquisitive director, his camera often searching a scene for something interesting to focus on, rather than just sitting still.

Boyle's directorial tendencies seem perfect for TV, which is a medium that provides its artists with a huge amount of real-estate in which to play, explore, and experiment. Trust tells the story of the kidnapping of J.Paul Getty III in 1973 (the story was also told in Ridley Scott's All the Money in the World last year), but from the two episodes I've seen the actual story being told seems like it couldn't be further from Boyle's mind, his camera frequently getting distracted by a million tiny, fascinating side details.

Most of these true crime series all look the same, but Boyle and Beaufoy have so far ensured that Trust can't be accused of looking like anything else. One thing that I found incredibly refreshing about the first two episodes was how distinct they were from one another. The first was largely set in the Getty residence of Sutton Place, and introduced us to the absurd way of life of J. Paul Getty (Donald Sutherland), Boyle's camera sweeping through the halls of power of one of the world's richest men. This hour was far more playful and adventurous than it had any right to be, the sheer style of it overcoming any narrative drudgery.

The second episode, "Lone Star" was the episode that made me really excited about the show going forward. In it, Getty sends his chief of security Fletcher Chace (a delightful Fraser) to Italy in search of his recently kidnapped grandson. It was while watching this episode when I was reminded of The Knick, and in particular Soderbergh's direction on that show, where the last thing he was interested in was the story, and instead used it was a launching pad to play around on the vast canvas that a TV show provides.

"Lone Star" is so strikingly different from the premiere that I couldn't believe it was happening. Fraser's character breaks the fourth wall on multiple occasions, Boyle adopts a hilarious use of split screen, and throughout the episode a Morricone-like score plays, underscoring the western vibe already given off by Chace's cowboy attire. What actually happens in this hour (which sees Chace work his way through various levels of the local mafia) isn't what's interesting. What makes it such fun to watch is the style and Fraser's winking performance.

Above I compared the show to The People vs OJ, but that was a show that, underneath its style, contained a devastating core. Trust doesn't seem to have such a thing, but unlike so many other shows of its kind, it doesn't pretend otherwise. Maybe it will soon find something to say, but for now I'm just content with letting it surprise me every week. Today, basically any drama with a title card "Based on a true story" can get greenlit. Most of those dramas are content with being the safest, most benign version of themselves. Trust is a show that doesn't seem content with what it is from week to week. That's exciting.