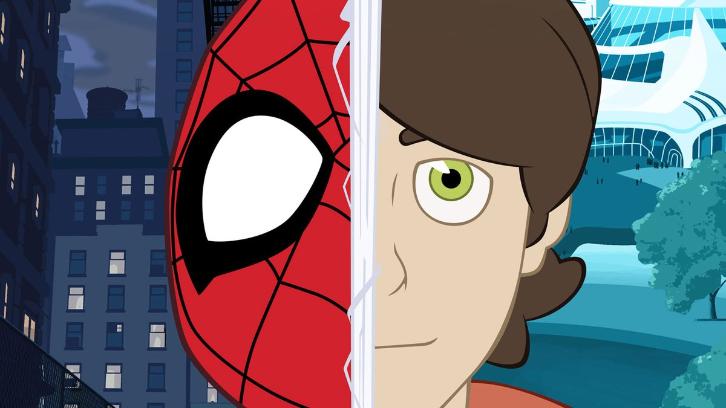 The #MarvelAnimation panel is underway, and the cast of "Marvel's #SpiderMan" has just been announced! 1/3 pic.twitter.com/3zSAuFjAMA

The #MarvelAnimation panel is underway, and the cast of "Marvel's #SpiderMan" has just been announced! 2/3 pic.twitter.com/NvnpVGwmAP

The #MarvelAnimation panel is underway, and the cast of "Marvel's #SpiderMan" has just been announced! 3/3 pic.twitter.com/aVEtZTuD1T

In the new series, “Marvel’s Spider-Man,” we will see a fresh take on Spider-Man, as Peter Parker is learning the responsibility that comes along with being a new, super-powered hero in New York City, just as he’s being accepted into Horizon High, a high school for brilliant young scientific minds. He struggles with the duality of his social life at school and hiding his secret identity from everyone including his best friend Harry Osborn, who attends the competing Osborn Academy for geniuses. As Peter embraces his alter-ego and takes on super villains such as Vulture, Lizard, Doctor Octopus and Sandman, he watches his hero lifestyle come between his personal relationships and struggles to keep Harry from landing on the wrong side of the law.