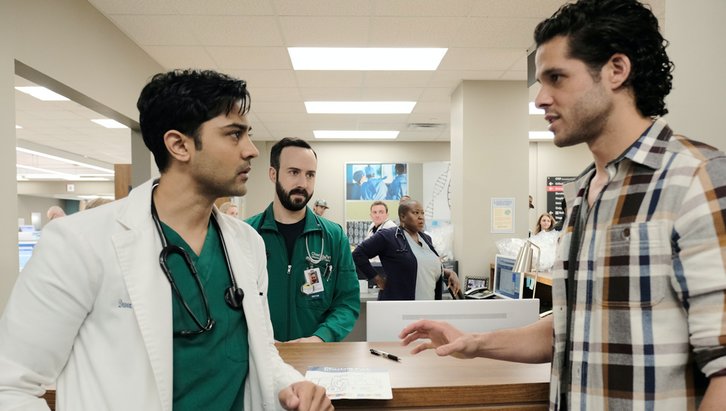 When a nasty flu season turns out to be masking a terribly infectious disease, Chastain must race to quarantine and diagnose infected patients. While Conrad, Nic and Alec work tirelessly on Meg (guest star Dot-Marie Jones), who was Nic's favorite guard from her stint in prison, Devon and the others treat Sam (guest star Michael Rady), a love-sick patient with flu-like symptoms. Mina finds herself testing Quovadis medical devices in an effort to defend Dr. AJ Austin, who, feeling responsible for the death of a patient, is serving penance by staying away from the OR. Meanwhile, Conrad is prepared to take the next step with Nic, but finds that she may not be as ready in the all-new "Fear Finds A Way" episode of THE RESIDENT airing Monday, Jan. 28 (8:00-9:00 PM ET/PT) on FOX. (RES-212) (TV-14 L, V)