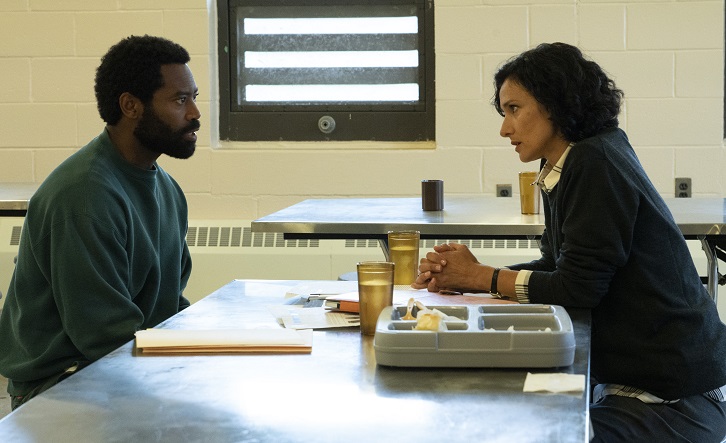 Press Release
"Promises" - Aaron Wallace's fight to overturn his conviction to a LIFE SENTENCE continues. Tensions rise between Aaron and his crew when he provides counsel to a white supremacist in order to repay his debt to inmate Wild Bill. District Attorney Maskins ups his game when Aaron sues the NYPD in an attempt to gain access to his case file. Meanwhile, his daughter's boyfriend, Ronnie, braces for confrontation as he visits the prison to meet Aaron for the first time. "For Life" is a co-production from Sony Pictures Television and ABC Studios and airs TUESDAY, FEB. 18 (10:00-11:00 p.m. EST), on ABC. (TV-14, DL) Episodes can also be viewed the next day on ABC.com, the ABC app and Hulu.

"Promises" is written by Hank Steinberg and directed by Russell Fine.