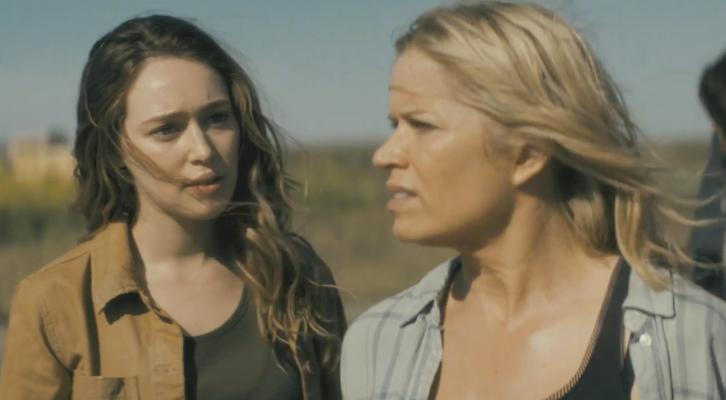 
Madison, Strand and others move forward after the compound falls; Nick gets picked for a dangerous assignment.


What's the origin story for this episode? Why was this the right way to come back into season two?

It's a couple of things. We took on a pretty significant amount of story in the first seven episodes. We made a conscious decision to slow things down a little bit in the back half, to let people settle into specific locations and not feel like we're moving from port to port and from sanctuary to sanctuary quite so rapidly. It felt like, especially after the midseason finale and Nick's decision to abandon his family and move on, we owed a solid story that was Nick centric. Those are the two big reasons. We also just wanted to do something very clean with a specific line that would give us more insight into Nick. That's something we've done with other characters in flashback. This was an opportunity to do that here.

The episode plays out as almost a survival movie showcase for Frank Dillane. What was the thinking behind that decision?

Nick more or less ends the first half of the season telling his mother that he's immortal. The suggestion is when he walks among the dead, he can't die. We wanted to test that idea over the course of 208 and see what it launches us into for the rest of the season.