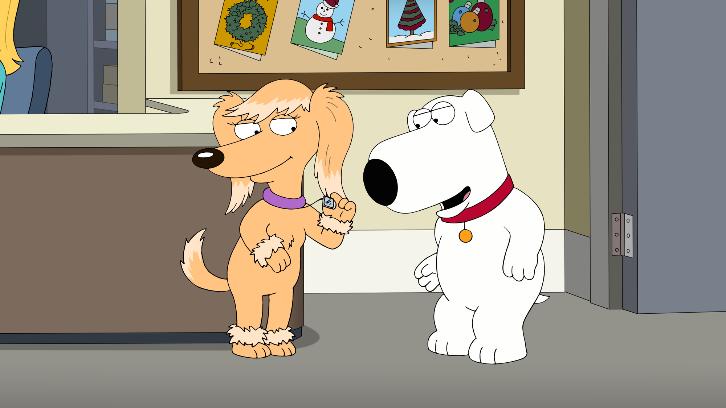 FOR THE FIRST TIME EVER, BRIAN DATES ANOTHER DOG ON AN ALL-NEW "FAMILY GUY" SUNDAY, JANUARY 7, ON FOX