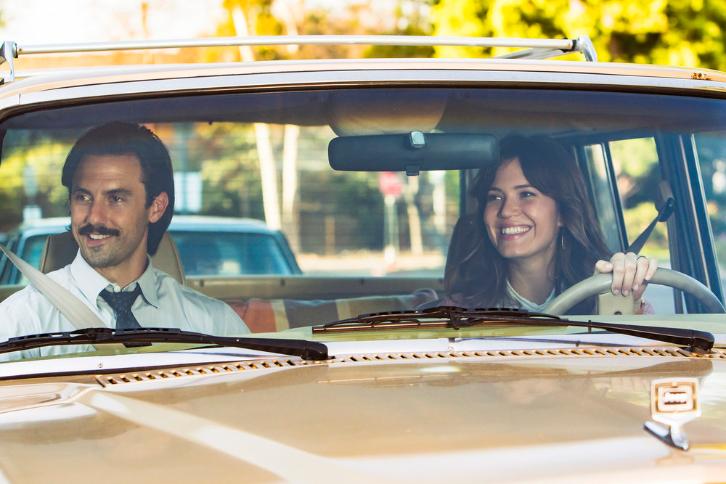 11/01/2016 (09:00PM - 10:00PM) (Tuesday) : Kate interviews for a new job that seems just about perfect, although it comes with a catch. Randall doubts his career choice and wonders if he followed the right path. Kevin and Olivia's relationship moves in a new direction. Rebecca and Jack are conflicted on what to do when Randall tests as a gifted child.


ENTERTAINMENT WEEKLY: You took Jack and William from us in one episode. Do you have stock in the major tissue companies? That’s a bit cruel, don’t you think?

DAN FOGELMAN: (laughs) Well, I felt like Walking Dead did it, so we have to do it, too. The William part of it is meant to be this almost metaphysical glimpse at a hypothetical future. Ron Cephas Jones, the actor, is very much alive in episode 6, for instance, in present day. But we have this ominous thing looming in some kind of distant or near-distant future. And with Jack, what’s great about this show is, if a character is to die, we chose to do it in this episode, or to say it in this episode, because the ending of this episode is very much about how when people die, they don’t have to necessarily leave us and leave the big, giant painting that is our life, and that’s the message there. So I thought that was an appropriate episode to announce details that we as writers have known for quite awhile — and Milo has known as an actor for quite awhile — that Jack is not alive in the present day. It felt important to thematically link it to the theme of the episode as well, because logistically, on our show, a character could die tomorrow but it doesn’t meant the actor leaves the show because the character very much remains a part of the story.

The original version of the pilot had a line in it that revealed that Jack was dead, but you decided to take it out. Was that decision based on the fact that such a revelation would have much more emotional resonance if it were deployed once we were invested in the characters, and the cliffhanger of episode 2? And was it initially put there to act as another red herring for the twist in the pilot?

It was original, original construct of the script, I’d always thought about the pilot as I was thinking about the whole series, and I always knew that Jack was not alive in the present day in the back of my mind. The reason I put it in the pilot script, right before the twist, I thought it was another opportunity to throw the scent off for anybody that might be starting to get it. But more than that, it’s a father-son story for Randall and his biological father in that episode, so it felt important to reference his father. After we completed the pilot, I realized that people weren’t having a massive reaction to that bit of information. Because at that point in the pilot, you don’t know that Jack is Randall’s father. So it was not like it was any big piece of information. It was really more only on second viewing, and most people were missing it, because it’s only once you connect in the pilot that Jack is Randall’s father than if you heard afterward that “My father’s no longer alive,” you’d go, “Oh, s—.” But bigger than that, yeah, it felt like I wanted to spread out the information in the course of the season. And not drag it out too long where it started getting frustrating, but also not give away at the opening.

Source:
Read More on EW
ENTERTAINMENT WEEKLY: The secret is finally out. How do you feel? Any sense of relief that you can talk about it now — at least partially?

MILO VENTIMIGLIA: Yeah, I think a sense of relief, almost like the reveal of the pilot and you understand that this is a family… I guess there is a bit of relief, but it’s also knowing that I’m never going to be with my kids in the present day.

It’s a little bittersweet. I think it’s great that everybody understands where Jack is and what it means, but at the same time, I personally think about, “Well, that means that Jack isn’t around his kids in the present day. When did that happen? When did he pass? At what point did his lessons to those kids stop? Do they take him as just a memory?” Those are the things that I start to consider and wonder.