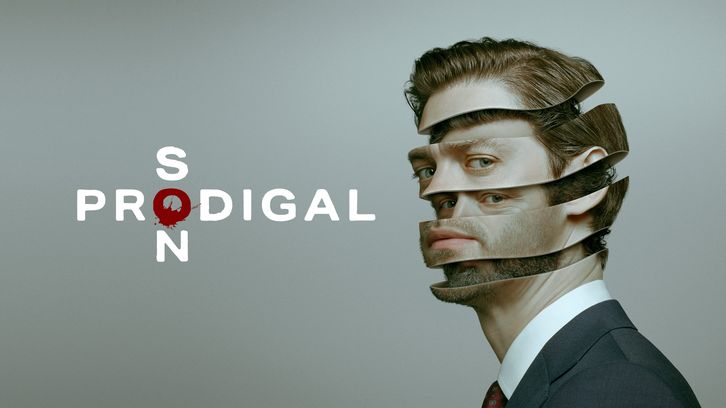 "We are going to show the real Martin Whitley even if it kills us."

When Malcolm is inspecting the car he hears something, he gets closer and ends up getting shot at by some guy dressed as a mechanic. In the morning he brings the whole team and they find the body of a woman crushed in the car compacter. They find out the owner's name was a fake one and Malcolm's convinced the body has to be connected to his father somehow even though junkyards tend to be sketchy places in general, but it does seem this particular one was dedicated to murder in a more specific way since they find bodies dating back ten years.

Malcolm's profile indicates the killer wasn't fully comfortable with the act itself, he had to see the victims as inanimate objects to be able to dispose of them, my first thought was it could be someone contracted to kill these people, but since he was one of Martin's protégé's, the answer has to be a different one. They do find a pocket knife in the station wagon which leads Malcolm to see his father again.

Jessica is worried that Ainsley will make Martin look good in his interview but she says she has different plans, though to Jessica it's a lot more dangerous to try to play The Surgeon than the other way around. He ends up trying to say that because he saved so many lives his legacy remained a good one. She's saved by the bell when Malcolm shows up asking about the pocket knife, he doesn't get too far, only the fact that the knife seemed to be his, but seeing the way Martin is with him gives Ainsley the idea to have the rest of the interview with Malcolm in the room to throw The Surgeon off his game.

She starts pointing off all the ways in which he hurt his son and gets him to lose it on camera. When he realizes this was on purpose, Martin says it's good to have a plan at the same time the alarm at the hospital goes off. Holy crap. It turns out Tevin's on the lose looking for Ainsley and his big TV break, something clearly ignited by Martin himself.

When they get locked in he makes a comment about Jin and I have to say, the moment I saw Ainsley and Jin so close in Martin's cell I thought about his safety. He ends up admitting to being a mentor to the current serial killer, but the interview gets cut short when Tevin is able to get in for a moment and stabs Jin.

Malcolm tries to do the procedure to save him with Martin walking him through it but he has a memory of his father showing him how to stab a person when he was younger and he can't stop shaking, thins means Martin has to be uncuffed to perform the procedure himself or Jin will die, they cave and Ainsley even films him doing it to make him look like a hero and then thanks him, even though this is a crisis he created himself.

I have to say I know shouldn't be surprised anymore but I continue to be constantly disappointed by Ainsley and how naive she is, and thinking she's smarter than everyone else only makes it worse. In any case, it seems the ambulance is on the way but SWAT isn't yet so someone has to take Tevin down from the inside, so Malcolm distracts him with the camera and tasers him.

Once they're out Malcolm is haunted by his father's words, telling him they make a good team and this new notion that not only he might have been a witness but also a participant in these murders. Now, given how young he was no one could really blame him, but this is certainly a blow for him since he was already feeling so guilty about a much smaller role in his father's crimes. When Gil comes in, Malcolm starts profiling this serial killer, but in the middle of that, he realizes Tevin was probably manipulated by his father, this is apparently only news to him since it turns out the guy confessed and Martin was moved to solitary, I wonder if that was part of his plan as well.

Later, while he's telling Jessica about the day and she's busy saying "I told you so", they hear a ringing coming from the basement, it turns out to be one of Martin's old friends and he asks Malcolm if he remembers the camping trip. I wonder if they were all part of some sort of serial killer country club or cult because it's sounding more and more like that every episode and I have to say I'm so down for that.