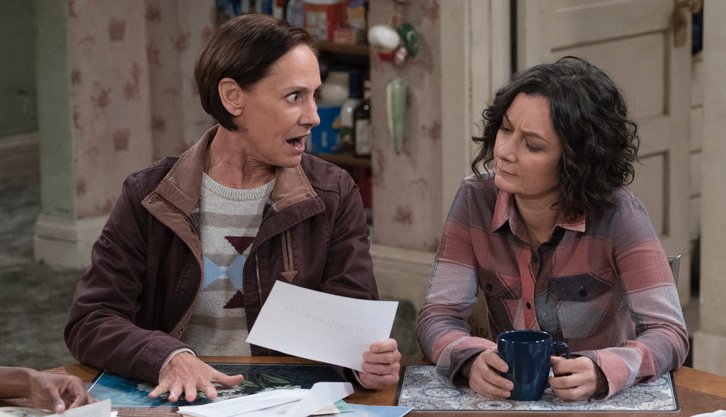 Press Release
BECKY EMBARKS ON A ROAD TO RESPONSIBILITY, WHILE JACKIE IS A TOUGH EGG TO CRACK, ON A NEW EPISODE OF ABC’S ‘THE CONNERS,’ TUESDAY, NOV. 27

“One Flew Over the Conners’ Nest” – With Mark and Mary’s help, Jackie convinces Dan to build a chicken coop in the backyard so the family can eat organic eggs, but from a bird’s-eye view, it appears that she may have ulterior motives. Becky meets with Andrea for the first time since the surrogacy mishap, and Darlene is forced to deal with a sleazy customer at her casino job, on an all-new episode of “The Conners,” TUESDAY, NOV. 27 (8:00-8:31 p.m. EST), on The ABC Television Network, streaming and on demand.

Guest stars include Sarah Chalke as Andrea and Natalie West as Crystal.

“One Flew Over the Conners’ Nest” was written by Ali Liebegott and directed by Fred Savage.