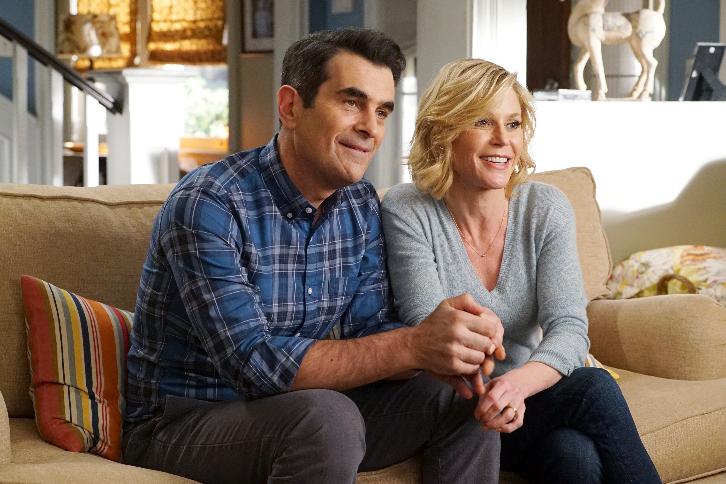 “Frank’s Wedding” – Frank Dunphy’s Roaring 20s-themed wedding day is finally here, and to get into the spirit, Phil gets the Dunphy clan to show up in costume. Once Claire and the kids realize they are the only ones dressed-up, they feel it’s time for a “funny” intervention with Phil. Meanwhile, Jay has mastered the art of saying no, but soon realizes that if you say no too many times, people stop asking; and Cam is in for a big surprise when he finally stops hiding behind Mitchell and stands up to his sister Pam.

“Frank’s Wedding” was written by Andy Gordon and directed by Beth McCarthy Miller.