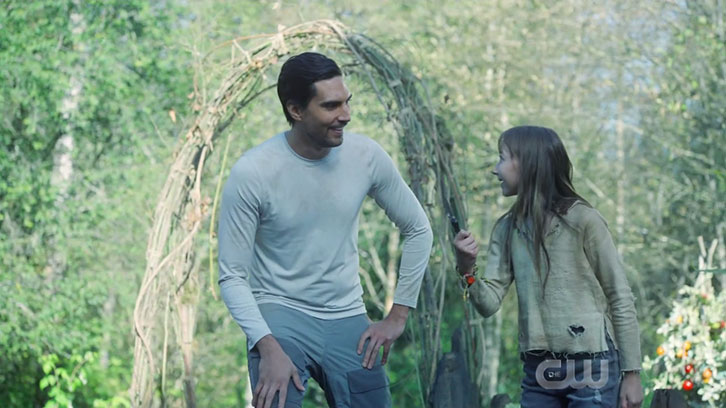 The 100's final season is now 25% complete, but this week's fourth episode was a real slog to get through despite a superb opening. The remainder felt plain, and very wooden. Rookie The 100 writer Sean Crouch wrote "Hesperides", which was directed by another The 100 rookie, Diana Valentine.

It really did seem like the opening five minutes were where all of the production effort went in this episode. Watching Hope grow up on Skyring, essentially fathered by a fresh Disciple prisoner named Dev, was really well done. It was one of the most unique openings to an episode this series has put together, and it handled the especially lengthy 10 year time jump particularly well for what it was. Hope learned to fight, eventually earning Dev's approval (or whatever you could call it).

Hope and Dev's time together eventually came to an end when they were unsuccessful in ambushing the Disciples that came to retrieve Dev when his sentence was up. Hope was of course keen to find Octavia and her mother, Diyoza, but remained stranded on Skyring. 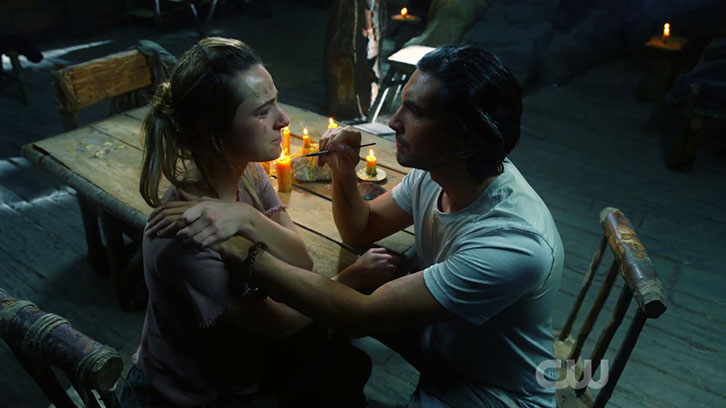 Compared with the look and feel of this first five minutes, the rest of the hour was completely different. A quick transition was made back to present day, where Gabriel and Echo were now added to the equation, and the story followed on from the season's second episode. The ending a fortnight ago showed another prisoner, Orlando, destroy Gabriel's priceless tablet, leaving them no way to escape Skyring.

What happened next in the Skyring segments was essentially a longer and more convoluted repeat of the first five minutes, except with added infighting and time-wasting between Echo, Gabriel and Hope. Orlando wasn't quite so easy to befriend, and it took Hope pretending to drown in the lake for a more stable relationship to be established. Orlando eventually taught them all how to fight, and a more robust plan was developed, with lessons learned from Hope's first attempt years earlier.

I found it difficult to understand Echo's last minute decision to abandon Orlando on Skyring after the quartet ambushed the Disciples sent to retrieve him. Maybe the side effect of her new hairstyle was reduced mental capacity or something, but the even more bizarre fail here was why Orlando was properly tied to the tree as a lure in the first place, which didn't enable him to attempt to procure a suit and follow the others through the anomaly. When part of the issue that faced Hope and Dev in their failed attempt at a similar play was a lack of bodies, why would you take perhaps your best fighter out of the equation completely by actually properly tying him to a tree? Where's the loose knots trope virtually every other movie or TV series would employ in a similar situation? We later learned Orlando died by suicide, but the farce I just described made his death seem needless, and his lack of presence as Echo, Gabriel and Hope move into Bardo will only serve as a way to mess up their progress, regardless of their training. 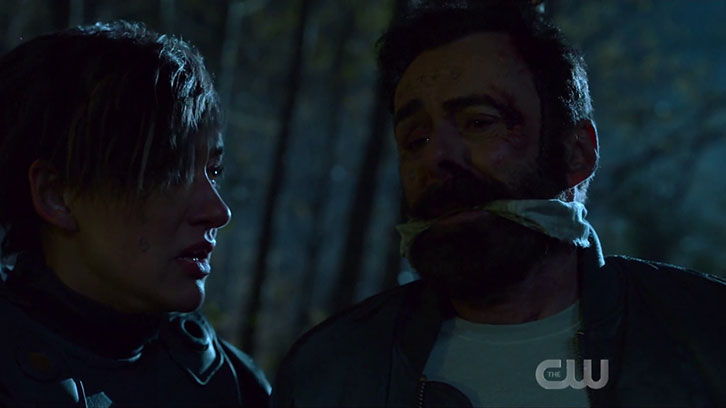 Mixed in with the above mess was the Sanctum subplot, but that lacked any real punch, and was mostly procedural. Raven's difficulties last week were largely blown aside, with a brief and surprisingly emotionless pep talk from Clarke, and a hallucination being the only mentions of what had gone on. Raven's trademark wall of stoicism really needed to be crushed in those moments, but we didn't even see a hug here.

The Disciples apparently wanted to meet with Clarke, and claim she is somehow the catalyst to winning "the war to end all wars". Yay, another bunch of religious nutters as the new antagonists! That's definitely not something we've seen on this show before! Perhaps the most promising part of Mr. Disciple guy's claims was that this was the last war mankind will ever wage. Maybe there is an ending in all of this after all?

Anyway, Raven eventually made a breakthrough in how to remove and then utilize the helmets worn by the Disciples, and also found out that the anomalies are actually more akin to wormholes, which the Disciples can use to travel anywhere in the universe. That's a pretty significant development, and opens countless doors for where things might go as the season progresses. This was probably the most important moment in the episode in my opinion.

The anomaly is a wormhole

Jordan continued to drift around offering nothing of substance whatsoever, and why the show's most useless character, Niylah, was suddenly recruited to aid in this storyline ahead of numerous other better candidates will be a question that's likely never going to be answered. Clarke eventually met the Disciples again, and before they knew it, they were all dead thanks to an ambush, and Clarke, Raven, Jordan, Niylah and Miller proceeded to enter the anomaly, ending up in some frigid hellhole after essentially picking a planet at random. Meanwhile, Gaia looks to be a party of one lost somewhere in the universe when a surviving Disciple took her through the anomaly himself. I really don't care much for Gaia, and I'm sure I'm not alone in that boat, so I really hope she doesn't sap up too much screen time in her jaunt away from Sanctum. 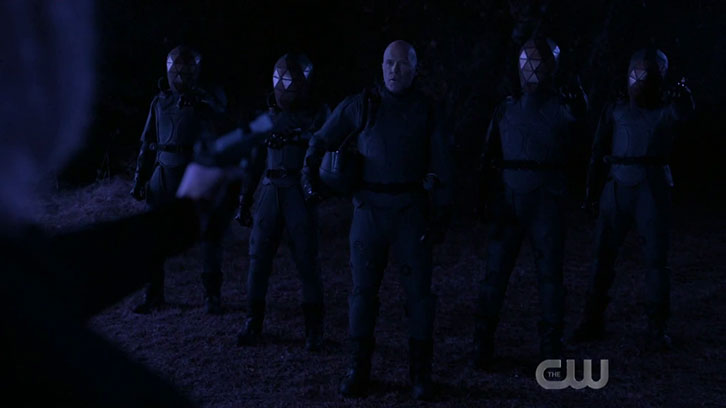 Given the state of play at the minute, the short term outlook is rather bleak. Next week's promo will likely see Russell - aka Sheidheda - run amok as Sanctum is leaderless from a protagonist perspective, unless Murphy and Emori can literally work miracles. Clarke and her clan are null and void on the wrong planet, and Echo, Gabriel and Hope will likely bumble around before they get to accomplish anything. The most promising element next week looks to be Bellamy and Octavia's return. Bellamy's absence was wearing on me in this hour given how ordinary it was, and how comparatively simplistic Clarke's storyline was this week and also last, and Octavia's growth in the episode a fortnight ago really needs to be capitalized on.

In all, this episode definitely isn't one to go back and rewatch just for fun. It told its story, but in a spectacularly unspectacular way despite a superb opening five minutes. The 100 certainly hasn't bolted out of the gates in its final season - I really do hope things pick up in the near future. Raven's discoveries in this episode were the only shining lights in that regard.

That's it for me this week. What did you think of the events in this episode? As always, thanks for reading, and be sure to share your thoughts and theories in the comments below.