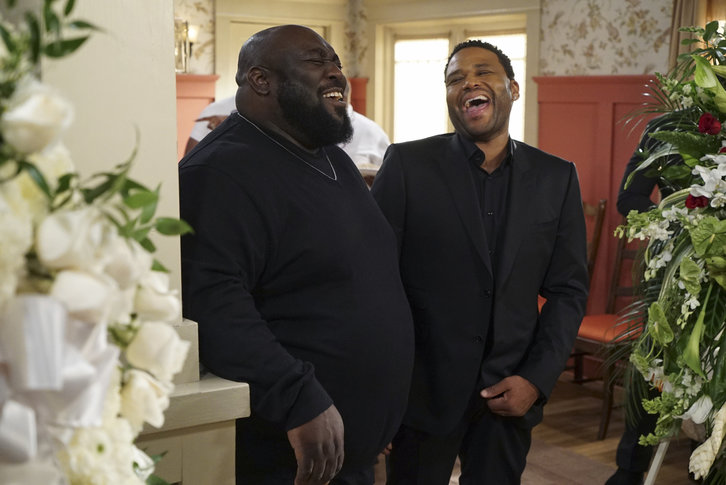 DRE RETURNS TO COMPTON FOR A FUNERAL AND REUNITES WITH HIS OLD CREW, ON ABC’S ‘BLACK-ISH’

“I’m A Survivor” – When Dre goes back to Compton for a funeral, he is reunited with his old crew and struggles with survivor’s remorse for the friends he left behind. Meanwhile, Bow becomes self-conscious when Ruby criticizes her parenting style, on “black-ish,” WEDNESDAY, FEBRUARY 15 (9:31-10:00 p.m. EST), on the ABC Television Network.

“I’m A Survivor” was written by Hale Rothstein and directed by Ken Whittingham.